The fight against the epidemic reached the "critical moment", and the United States found that the "super fungus" spread and caused 3 deaths 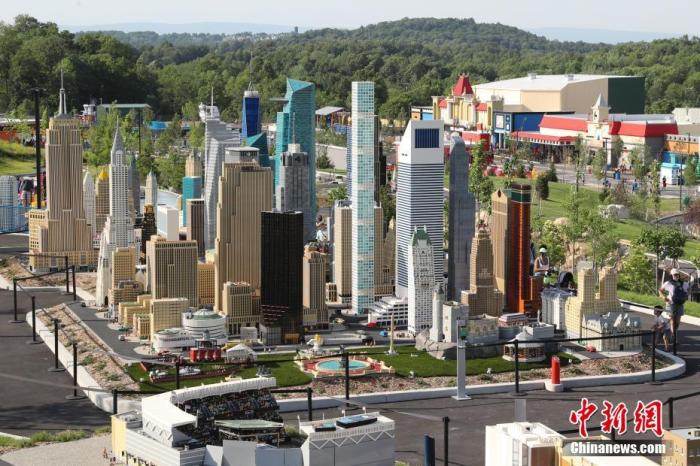 China News Service, July 23, reported that on the 22nd local time, the director of the Centers for Disease Control and Prevention (CDC) Valensky once again issued an urgent appeal to the current epidemic in the United States, warning that the United States has not yet completely escaped from the epidemic.

On the other hand, the spread of "super fungus" in the United States has caused three deaths.

U.S. fights against the pandemic to usher in another "critical moment"

On the 22nd local time, CDC Director Valensky said that the Delta variant virus is one of the most infectious respiratory viruses that scientists have ever seen.

She emphasized that the Delta variant is more aggressive and contagious than the previous (new crown) strain.

"This is one of the most contagious respiratory viruses that we currently know and I have seen in the 20 years of my career."

The delta variant virus is currently spreading rapidly across the United States.

As of this week, among the sequenced cases, cases infected with the variant virus accounted for 83% of the total; at the beginning of July, this number was only 50%.

Valensky also issued a warning on the same day of the outbreak in the United States.

She said that the delta variant virus is spreading widely in areas with low vaccination rates, and this is another "critical moment" for the United States to fight the epidemic.

Varensky urged those who have not yet been vaccinated to "take the delta variant seriously."

She emphasized, “This virus will not give up on its own. It will continue to search for vulnerable people and infect them. Please consider getting vaccinated and pay attention to epidemic prevention beforehand.”

The New York Times pointed out that this is in sharp contrast to the attitude of the White House a few weeks ago.

During Independence Day, US President Biden held a grand party on the South Lawn of the White House, announcing that the United States was "independent from the epidemic."

According to the report, Varensky’s latest statement shows that officials are increasingly worried that what has been achieved is being lost. The current surge in cases may overwhelm the local health systems with low vaccine penetration rates and high hospitalization rates.

On May 17, local time, people passed by outside a school in a Jewish community in New York City, USA.

"Super fungus" spread in the U.S.

Has caused 3 deaths and cannot be cured

On the other hand, US health officials said on the 22nd that there is now evidence that an "incurable" fungus has spread in two hospitals and a nursing home, causing three deaths.

According to the CDC report, a “super fungal” infection broke out in a nursing home in Washington, DC and two hospitals in the Dallas area of ​​Texas.

A small number of patients suffer from invasive fungal infections, and the three main types of drugs are ineffective against these infections.

CDC Ph.D. Megan Lehman said: "This is indeed the first time we have seen clusters of drug resistance", in which patients are clearly infecting each other.

For years, health officials have been warning about the possibility of this super fungus after discovering that some commonly used drugs are almost ineffective against fungal infections.

In 2019, doctors diagnosed three cases in New York. These cases are also resistant to a class of drugs called echinocandin, which is considered the last line of defense against fungal infections.

But in the New York case, there is no evidence that the infection has spread from patient to patient.

The scientists concluded that drug resistance was formed during the treatment.

However, the CDC concluded with the latest cases that these fungal infections have indeed spread.

In Washington, DC, 101 cases of Candida auris infection occurred in a nursing home dedicated to treating critically ill patients, of which 3 cases were resistant to all three antifungal drugs.

There were 22 infected clusters in two hospitals in the Dallas area, and two of them were resistant to this drug.

According to the CDC, these cases occurred between January and April 2021.

Of the five people whose treatment was completely ineffective, three died. Two of them were hospital patients in Texas and the other was in Washington.

Lehman said that cases in both places are continuing to erupt, and other infections have been detected since April.

But the new cases have not been reported.

Investigators reviewed medical records and found no evidence that patients in these clusters had previously used antifungal drugs.

Health officials say this means they will spread from person to person.