Chinanews client, Beijing, July 22 (Reporter Yuan Xiuyue) Since July 17, Henan has experienced extremely heavy rainfall and Zhengzhou, the provincial capital, has become a vast ocean. At the same time, in Xinxiang, less than 100 kilometers away from Zhengzhou, the situation is also not optimistic. Picture source: Xinxiang Fire How heavy is the rain? Equivalent to Zhengzhou   The first is prec 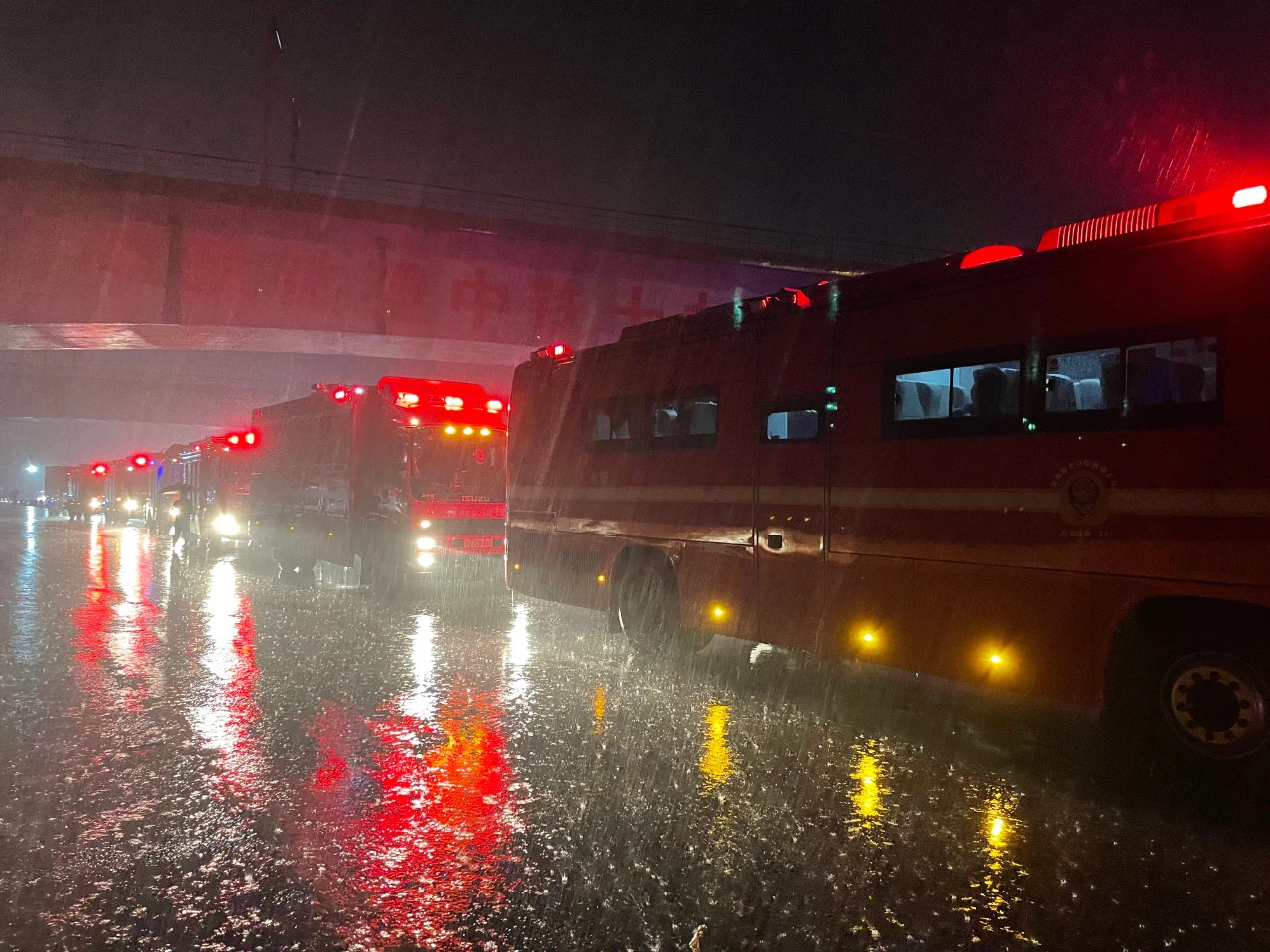 At the same time, in Xinxiang, less than 100 kilometers away from Zhengzhou, the situation is also not optimistic.

How heavy is the rain?

The first is precipitation, which is almost equal to Zhengzhou.

According to the Xinxiang City Flood Control Emergency Press Conference, from 8:00 on July 17 to 6:00 on the 22nd, Xinxiang experienced extremely heavy rain, with a maximum precipitation of 907 mm.

At 10:30 on July 21, the Flood Control and Drought Relief Headquarters of Xinxiang City upgraded the flood control emergency response level from Level II to Level I.

How heavy is the rain?

There are more direct feelings.

On the evening of the 21st, Xinxiang experienced a severe rainstorm, and the rainfall in 2 hours exceeded that of Zhengzhou.

For example, the Weihe River in Xinxiang has reached the level of Heping Road.

According to a report by Elephant News, at 9 pm on the 21st, the turntable at the intersection of Fengquan District, Xinxiang City was submerged.

Because of the heavy rain, the vehicles were afraid to drive and stopped on the bridge.

Zhang Qi (pseudonym), who works in Xinxiang, told reporters that he was on night shift in Xinxiang Outer Ring on the evening of the 21st.

After the rain was heavy, he wanted to drive back to the city. He tried to walk along the North Ring and the East Ring, but found that he couldn't get in either way. He walked along the East Ring to the South Ring and Heping Avenue before entering the city.

A colleague wanted to take his car back, but turned around and couldn't leave.

Finally, he parked the car in the surrounding parking lot and waded back.

"I am one meter eighth tall, and the water reaches my ass." Zhang Qi said.

At present, there are still many people trapped or lack of supplies in these areas.

In the "Henan Rainstorm Mutual Assistance" Weibo topic, many netizens are posting posts asking for help.

More than 76,000 rescuers were dispatched

At present, the city has dispatched more than 76,000 disaster relief forces and 1,521 rescue vehicles.

Except for the urban area of ​​Xinxiang, flood prevention and rescue work is also urgent in the vast rural areas.

Feng Xian, deputy mayor of Han Dongzhuang Town, Pingyuan Demonstration Zone, Xinxiang City, told reporters that last Friday Xinxiang City held a flood control deployment meeting. They started to act that night. The town and villages set up a flood control working group and went down to the village. Begin to investigate house by house and prepare sandbags and materials.

In some villages, the infrastructure is relatively weak, and there are also some dilapidated houses.

They need to move the people in dilapidated houses in advance.

"An old man transferred her to his son's house, and she came back secretly. We had to stare at it every day. The house collapsed at night as soon as she was transferred to her yesterday (20th). There was also a villager who moved away in advance. , But that day, I went to the house to put the electric car. The house collapsed in less than ten minutes after I got out. The houses and walls in the village collapsed in several places. Every day I feel that I am killing a life." Feng Xian sighed, it is really important to make arrangements in advance. Everyone's cohesion and sense of responsibility are much higher than imagined, and the masses also know that it is for their good, and they all cooperate with the work.

Water supply and power supply will return to normal

During heavy rains, waterlogging and prolonged power outages occurred in many parts of Xinxiang urban area, which caused great inconvenience to the lives of citizens.

According to the Xinxiang Daily, the water supply in Xinxiang City has returned to normal conditions.

In addition, according to the Xinxiang City Flood Control and Drought Relief Headquarters announcement, relevant departments are making every effort to organize emergency repairs of power facilities and drainage of road area water, and strive to fully restore residents’ electricity consumption by 6 pm on the 22nd, and basically restore road traffic.

The rain in Xinxiang is also weakening.

The rainstorm warning signal of the Xinxiang Meteorological Observatory changed from red to orange. It is expected that in the next 3 hours, the rainfall in some towns in the northern part of Xinxiang city, Huixian and Weihui will reach more than 50 mm.

However, the heavy rains have not stopped, and flood prevention cannot be slackened.