Tokyo 2020, the director of the opening ceremony on the eve of the Olympic Games fired

Kentaro Kobayashi made a joke about the Holocaust. And now yet another "bad image" that obscures the Games adds to the pandemic, which is advancing, and contributes to influencing the opening speech of Emperor Naruhito: "He will not use the word party" 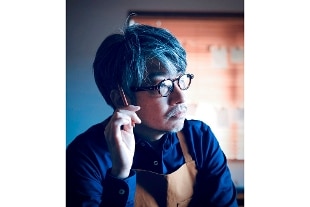 the artistic director of the inauguration ceremony, Kentaro Kobayashi, was fired, because in a 1998 comic sketch he made a joke about the Holocaust

. The news was confirmed to reporters by President Seiko Hashimoto, explaining that in that artistic performance Kobayashi used "disrespectful language about a tragic historical fact".

And if a few hours earlier the president of the IOC, Thomas Bach, had said that he imagined that the same ceremony could be "a moment of joy and relief", after "the road to get there was not the easiest", now we will have to manage the event without Kobayashi's help. Added to this are the

. According to the Japanese media in the opening speech of the Olympic Games, Emperor Naruhito - opposed because of the pandemic - will not use the word party.

in the Olympic Village

and among them there is a swimmer who smells like a medal, the European champion of the 400 medals, the 18-year-old Russian Ilya Borodin. Turkey will necessarily have to replace the standard-bearer: the captain of the national volleyball team, Eda Erdem, was chosen, but together with her teammates she is in "mild isolation" for having been in contact with a positive on the flight to Japan. Dutch skateboarder Candy Jacobs and table tennis player Pavel Sirucek from the Czech Republic were also positive, forced to leave the village to enter a hotel quarantine. They rise to