Two guards were taken hostage on Wednesday in Eskilstuna, Sweden. Swedish media has reported new information about Wednesday's hostage drama. Two guards from Hällby Prison took two guards hostage. The guards were released after hours and are well off the circumstances, the prison authority has informed. At 12.20 local time, police received an alert that the prisoners had taken hostages and fortified themselves with them in the guards' room at Hällby Prison, Af 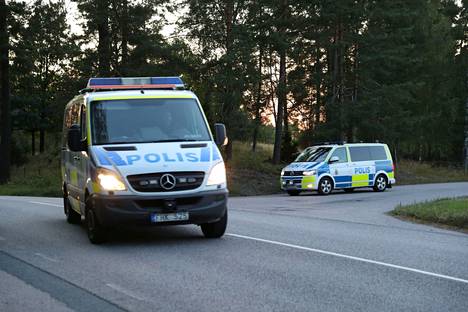 The guards were released after hours and are well off the circumstances, the prison authority has informed.

At 12.20 local time, police received an alert that the prisoners had taken hostages and fortified themselves with them in the guards' room at Hällby Prison, Aftonbladet reported.

The prisoners covered the security cameras in the guards' room.

Prisoners are said to have had razors attached to toothbrushes as weapons.

Read more: Both guards have been released - prisoners convicted of murder took hostages in Sweden

The prison is a prison of the highest security classification and prisoners who have taken hostages are serving long prison sentences.

The second prisoner is said to be a 30-year-old man sentenced to 18 years in prison for the murder of his father in 2016 in Gothenburg.

Police once suspected that the victim was meant to be someone else.

The motive for the act remained unclear, Expressen says.

Another prisoner was a 24-year-old man who is also serving an 18-year prison sentence for a 2019 stabbing.

He lived with his victim.

Prisoners who have taken hostages have been reported to serve 18 years in prison for murder.

After the alarm, a major operation began.

Both police and probation officers and a special police unit arrived.

Other prison activities were frozen.

According to Aftonbladet, other prisoners would have shouted at the hostages that they would surrender.

The first demand of the hostages was a helicopter.

They then made a new claim: two kebab pizzas in exchange for the release of one hostage.

Shortly afterwards, they proposed the release of both guards in return for being transferred from Hällby Prison elsewhere, Aftonbladet says, citing anonymous sources.

About five minutes later, the prisoners contacted the negotiators again.

Now, according to Aftonbladet, the demand was that all 20 prisoners in their ward would each get their own pizza and in return they would release one of their hostages.

Negotiators tried to get the prisoners to release both hostages, but this was not agreed.

Instead, the prisoners agreed that one of the hostages would be released after half of the pizzas had been distributed to the prisoners and the rest would have their pizzas after the guard was released.

A police helicopter also arrived on the scene.

In the end, the situation was resolved peacefully.

Beshar Toma, who worked at a nearby pizzeria in the prison, received a call from the authorities and ordered pizzas from him.

- They (from the Probation Service) didn't say much when ordering.

And I didn't get paid, they just came and picked up the pizzas and left, Toma told SVT.

Shortly before 7.30pm local time, the first hostage was released.

A couple of hours later another was released.

According to Jörgen From Nordin, a representative of the Probation Service, the prisoners had no further demands.

- They realized that there were not many options left and the best option was to surrender.

The prisoners who took the hostages were transported to the police station in Eskilstuna.

- I assume that they will be imprisoned and that legal proceedings will be instituted if the charges are brought.

If they are convicted of abduction, they will be reinstated.

They will not return to Hällby Prison, Stina Lyles, a spokeswoman for the Probation Service, estimates.