Deputy Speaker of the Federation Council Konstantin Kosachev, in an interview with RT, supported the filing of a complaint against Ukraine by the Prosecutor General's Office of Russia on the basis of Article 33 of the Convention for the Protection of Human Rights and Fundamental Freedoms. 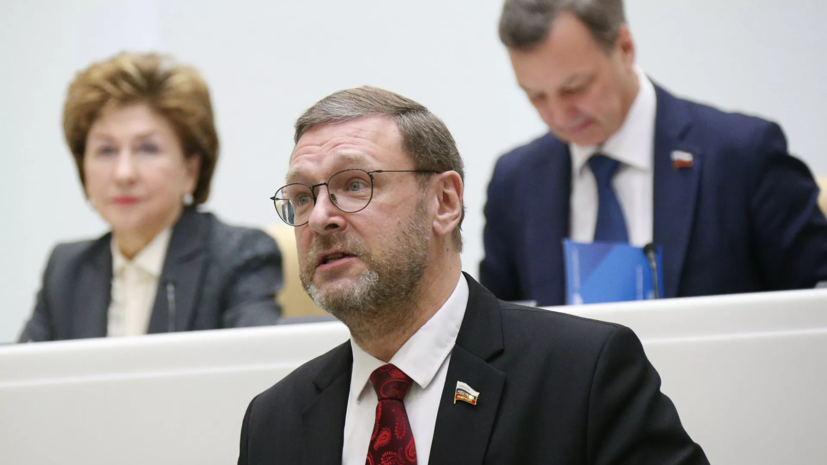 “I most sincerely welcome this action.

It is the first for the Prosecutor General's Office.

Let me remind you that the Prosecutor General's Office of the Russian Federation received the appropriate powers to work with the ECHR not so long ago.

We in the Federation Council at our last meeting of the autumn session considered this issue, introducing amendments to the law "On the Prosecutor's Office".

And I can only welcome that these powers are now beginning to be implemented in practice, ”said the senator.

He called the incident a "historical event" and added that the lawsuit contains various claims against Ukraine.

“But each of them, regardless of their content, is legally justified, fixed and, of course, subject to consideration by the ECHR, because each of these claims is related to the competence of the ECHR.

Let me remind you that the court quite often acts selectively, without looking it takes for consideration claims against Russia, both from individuals and from states.

There are three interstate complaints against Russia in court, filed by Georgia and three more, filed by Ukraine.

Now let's see how the European court will react to the Russian lawsuit.

I suspect that a lot of efforts will be made to find an opportunity not to accept it for consideration, ”Kosachev said.

The vice-speaker of the Federation Council recalled that to date, the ECHR has not accepted more than ten thousand applications from residents of Donbass, which have been submitted to the Ukrainian authorities since 2014.

“I think that in this sense, the format of an interstate complaint is an inevitable step when all other possibilities to protect the rights of citizens and individuals in the ECHR on political grounds have been exhausted.

It is clear that, unfortunately, there are more than enough figures in the Council of Europe as a whole and in the ECHR who will be ready to defend Ukraine in its relations with Russia under any circumstances, "the interlocutor of RT concluded.

Earlier it became known that Russia applied to the ECHR with an interstate complaint against Ukraine.

This is the first inter-state complaint in Russian history filed by the Russian authorities with the European Court of Justice.