Quick jerks for a record number of university admissions in Umeå

When the first round of admission before the autumn semester is completed, it turns out that more qualified applicants than ever before have been admitted to programs and courses at Umeå University. Just over 32,000 students have been accepted and this is an increase of just over two per cent compared with last year. 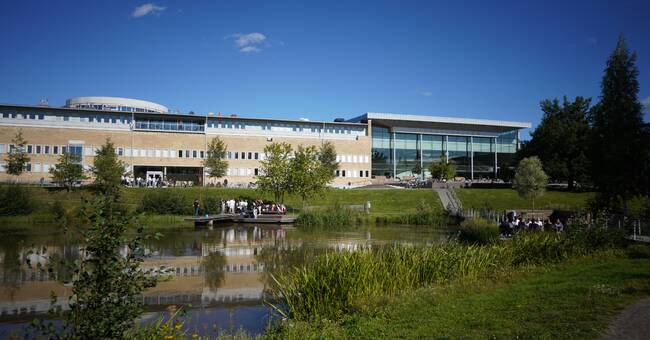 Last year, the number of applicants to Swedish universities increased, and this was partly explained by the pandemic.

- It is positive with the increasing applications to Umeå University.

We take our future responsibility and welcome all students with the hope that we can return to studies on campus eventually, says Katrine Riklund who is vice-chancellor with special responsibility for research and postgraduate education in medicine, science and technology.

There are especially many applicants for the nursing program and the sociology program.

Umeå University has the government's task to increase the number of students in certain educational programs, in areas where the need is great.

Compared with last year, there have also been large increases in the master's degree programs in engineering, technical-scientific base year and supplementary pedagogical education.

Due to the pandemic, applicants for higher education had a slightly longer time to submit the application before the autumn term 2021. This also meant that the announcement of admission came a week later than normal. On the other hand, the time to decide and say yes has become shorter - the university wants that message no later than Friday, 23 July. Next week, July 29, the reserves will be notified if they have been received.