During her summer conference this Thursday morning, German Chancellor Angela Merkel returned to the agreement between the United States and Germany for the Nord Stream 2 gas pipeline. An important project for… 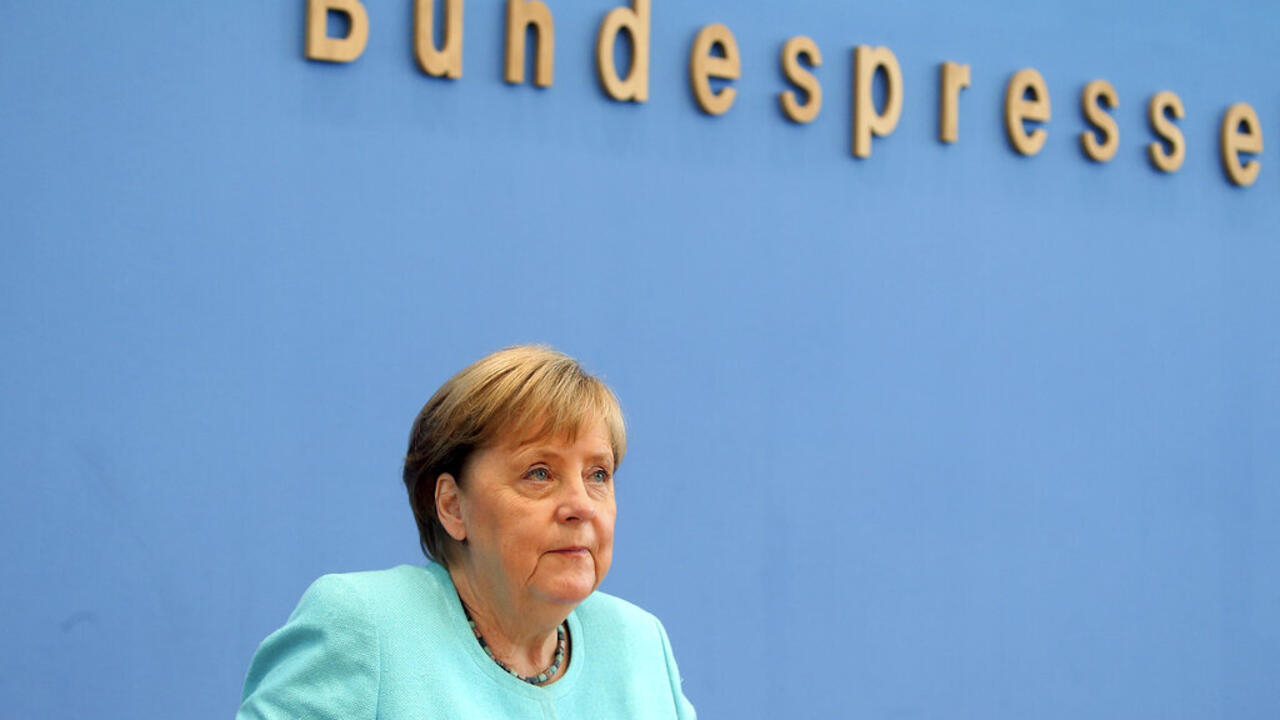 During her summer conference this Thursday morning, German Chancellor Angela Merkel returned to the agreement between the United States and Germany for the Nord Stream 2 gas pipeline. An important project for the gas supply of the Germany, but which causes diplomatic tensions in Europe and across the Atlantic.

The day after the formalization of a

” remained between the two countries on their positioning with regard to the Nord Stream 2 gas pipeline.

This agreement between the American government and Germany aims to set conditions preserving Ukrainian interests, in particular for the transit of Russian gas,

Energy should not be used for political ends to put Ukraine in trouble.

The deal has been reached with the US government and Congress has yet to approve it.

A 1,230 kilometer tube under the Baltic Sea

The pipeline project had been at the heart of a geopolitical and economic battle for several years, opposing the United States and Germany, the main promoter of the project, but also the Europeans between them, as well as Russia and Ukraine.

Until a surprising turnaround by Washington and this compromise to try to close this dispute.

Operated by the Russian giant Gazprom, Nord Stream 2 will connect Russia to Germany via a 1,230 km tube under the Baltic Sea with a capacity of 55 billion m3 of gas per year, on the same route as its twin Nord Stream 1, operational since 2012. Bypassing Ukraine, the route will increase the possibilities of delivering Russian gas to Europe at a time when production within the EU is declining.

Kiev fears, in the long term, of losing the income it derives from the transit of Russian gas and of being more vulnerable vis-à-vis Moscow.

The United States has from the start been strong against a development that would economically and strategically weaken Ukraine, increase the EU's dependence on Russian gas, and dissuade Europeans from buying the shale gas the Americans hope to sell them.

To read also: Nord Stream 2: the pipeline of discord

But Joe Biden gave up blocking the project, believing that it was too late and that it was better to bet on the alliance with Germany which Washington wishes to ensure cooperation in other cases, in particular in the face of the China.

The agreement reached between Germany and the United States provides in particular for possible sanctions against Moscow in the event of a slippage, and a commitment from Washington and Berlin to jointly plead for the ten-year extension of the measures guaranteeing transit through Ukraine. Russian gas.

gift from Merkel to Putin

The reactions in the German political class are generally positive, reports our correspondent in Berlin,

. The Christian Democrats, traditionally Atlanticists, welcome the fact that German-American relations do not deteriorate. The Greens, themselves, resolutely opposed to the project for political and environmental reasons, reiterated their opposition. Business circles welcome an agreement that removes the threat of US sanctions.

The press is also divided.

" for Merkel who knew how to take advantage of Washington's need to have Berlin at her side for other issues.

", a reference to the former chancellor, a long-time supporter of the project.

gift from Merkel to Putin

► To read also: Nord Stream 2: Poland is worried about the end of the blockages on the gas pipeline project