Clubhouse in Visby burnt down to the ground

The clubhouse that belongs to Visby orienteering club burned to the ground during the night towards Thursday. The club's chairman Hans Mellquist witnessed the fire. 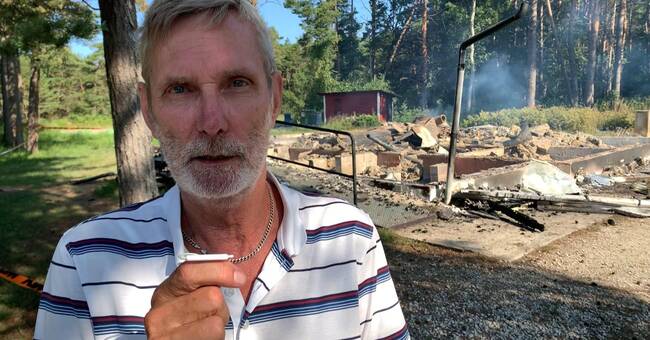 An alarm about a ground fire in the grass next to the clubhouse was received by the rescue service at 03.22.

When the rescue service arrived at the scene, the clubhouse was on fire and the house could not be saved.

- When we arrived at the scene, the cabin was completely overheated, says the rescue service's external commander Dick Svennefelt.

The extinguishing work continued until about eight o'clock in the morning.

On Thursday morning, fire residues remained in the ground and burned, but the rescue service had handed over the post-extinguishing work to the association.

- I threw on my clothes and went here and then got to see how our locker room was in the bright light, says Hans Mellquist, chairman of Visborgs orienteering club.

Visby orienteering club has about 400 members and the clubhouse is located about a mile outside central Visby next to Stora Vede.

At present, the rescue service does not know how the fire originated, and the police will investigate the fire as a suspected arson.

No person was injured in the fire.