Carina Bergfeldt on site in Oslo: "Open wound for many Norwegians"

Norwegians are now gathering around Norway to remember the victims of the terrorist attack in 2011. At 12 o'clock, church bells are ringing all over the country to honor those who were affected. 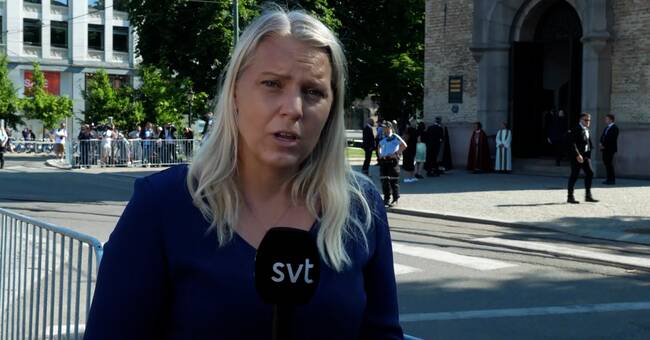 The cathedral in Oslo is one of many Norwegian churches whose bells are ringing today.

During the memorial service, the former Prime Minister Jens Stoltenberg, who was in power ten years ago, spoke.

- This is one of several occasions that people who want to remember and honor those who died in the terrorist attack, says SVT's Carina Bergfeldt on site outside the cathedral.

The terrorist attack is still an open wound for many Norwegians, a survey shows.

Listen to Carina Bergfeldt in the clip above.