Afghanistan.. America: Taliban control half of the provinces, and we focus on preventing the threat of al-Qaeda

The Chairman of the Joint Chiefs of Staff of the US Army said that nearly half of the Afghan provinces have become under the control of the Taliban, while the US Secretary of Defense stated that his country's focus is on preventing the return of the Al-Qaeda threat in Afghanistan. 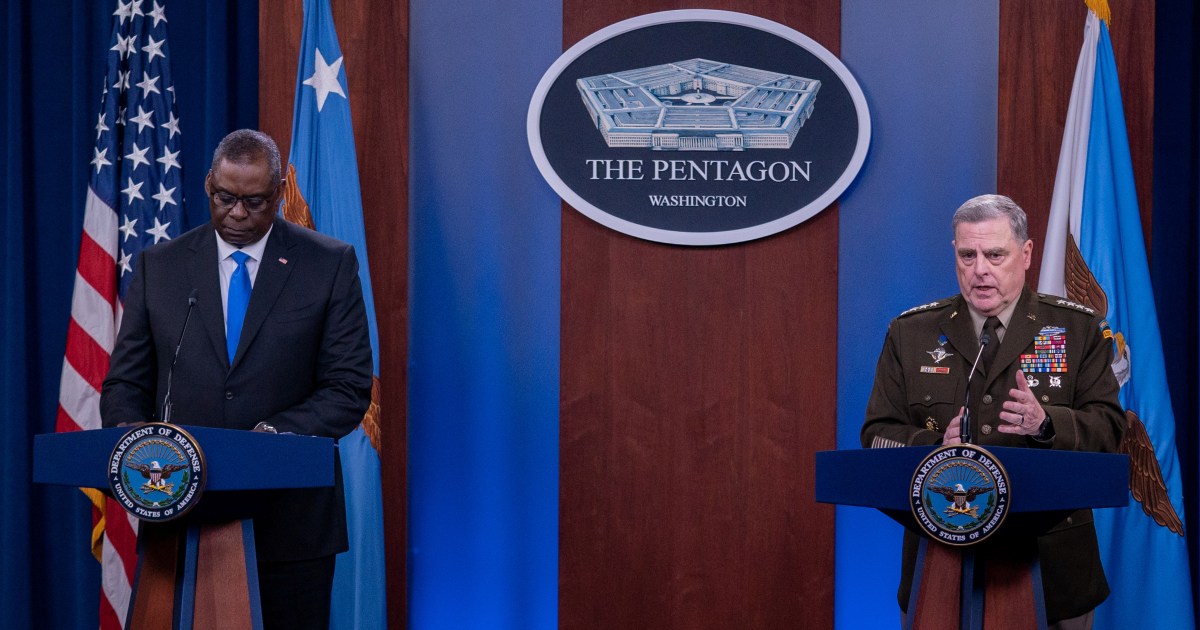 The Chairman of the Joint Chiefs of Staff of the US Army, General Mark Milley, said that nearly half of the Afghan provinces have become under the control of the Taliban, while the US Secretary of Defense Lloyd Austin stated that his country's focus is on preventing the return of the al-Qaeda threat and the possibility of exporting terrorism from Afghanistan to America.

General Milley said in a press conference that the Taliban has not yet controlled any of the capitals of the 34 provinces in Afghanistan, and pointed out that the scenario of the movement's control of the entire country is proposed among many other scenarios.

The US military official stated that more than 200 districts out of 419 are currently under the control of the Taliban, and Milley himself said last month that the movement controls 81 districts, and the Chairman of the Joint Chiefs of Staff said that the Taliban gained "strategic momentum" in its attacks across Afghanistan, However, her victory is not guaranteed at all.

General Milley attributed the momentum that the Taliban gained in the field to the approach taken by the Afghan forces, which he said "are currently gathering their ranks and concentrating their efforts on abandoning uninhabited areas, because their priority is to protect populated areas and civilians."

The Taliban has intensified its military operations since the start of the withdrawal of foreign forces from the country last May, which is expected to be completed at the end of next month. The movement has been able to control large areas and border crossings and cordon off cities.

In a related context, the US Defense Secretary said that the Taliban must fulfill its pledges not to provide a safe haven for al-Qaeda in Afghanistan if it wants to gain legitimacy.

Austin said the focus now is on ensuring that terrorism cannot be exported from Afghanistan to the United States.

He added that his estimates indicate that al-Qaeda needs two years to develop capabilities to threaten the United States.

Minister Austin added, in a joint press conference with General Milley, that his country provides a lot of support to the Afghan army and leadership, noting that he had previously talked about finding supply lines to continue providing security assistance to the Afghan army, including a supply line from Qatar that actually came into operation, which is What will enable the implementation of air strikes.

On the other hand, Russian Foreign Minister Sergei Lavrov said that his country is not considering the possibility of deploying troops in Afghanistan, or directing strikes against what he described as terrorist groups in this country.

In statements to the Russian "Interfax" agency, Lavrov added that his country did not suggest to Washington the use of Russian bases in Tajikistan and Kyrgyzstan, against the backdrop of developments in Afghanistan.

But he indicated Russia's readiness to share the information provided by its military bases with America, China and Pakistan.

The Taliban announced the release of 145 detainees from Afghan government forces in 6 provinces on the occasion of Eid al-Adha, and said that it would not fight during the Eid holiday except in self-defense, but it did not announce an official ceasefire, similar to what happened in previous Islamic holidays.

Mirwais Hospital in Kandahar city said on Wednesday that 7 civilians were killed and 40 wounded in the past 24 hours, most of them women and children, in mutual mortar shelling between government forces and the Taliban.

In the eastern province of Nangarhar, a security official told Al-Jazeera that 6 civilians were killed in the explosion of an explosive device in the Khogyani district, and Al-Jazeera correspondent quoted a source in the Afghan Ministry of Defense as saying that Taliban militants attacked a checkpoint of the Afghan forces in Ghaziabad district, Kunar state. east of the country.

For his part, spokesman for the Afghan Ministry of Defense, Ruhullah Ahmadzai, said that the Afghan forces have developed a comprehensive plan to restore control of the main crossings and roads in the country. Zai added in a statement to Al-Jazeera that the coming days will witness changes in reality on the ground.