Last week, the sea rescue society and the coast guard set out on three rescue operations in the sea outside Ystad. It ended with three salvaged plastic flamingos that had floated out to sea. 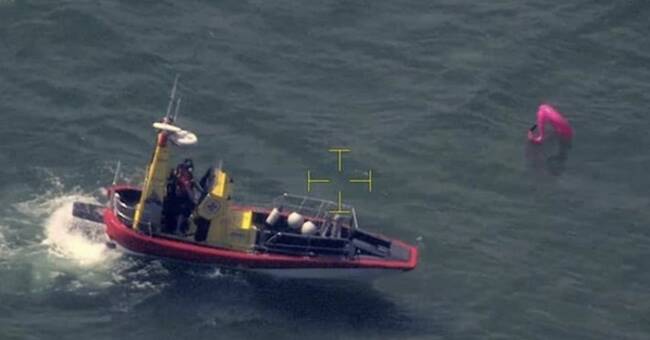 When the beaches around Ystad are filled with bathers, it also happens that bath toys flow out to sea.

- The problem is that then people alert about unidentified objects floating around at sea.

When we come out and identify these bath toys but no person is present - then one person is missing.

We do not know if they are on the beach or the water, so our search continues, says Fredrik Hagenkötter who is a volunteer lifeguard in Ystad.

The problem was first noticed in Ystads Allehanda.

Three plastic flamingos in one week

On land, the rescue service was ready.

The three efforts ended with three picked up plastic flamingos.

- Then it turned out that someone has lost the objects without making themselves known and it is a precious time when we can do something else.

We joke that we have a flamingo hunt, but it starts such a large organization and it can feel frustrating, says Fredrik Hagenkötter at the sea rescue in Ystad.

Do this to avoid unnecessary rescue efforts.