In Côte d'Ivoire, the long-awaited political meeting will take place next Tuesday. President Alassane Ouattara invites his predecessor Laurent Gbagbo to meet him at the presidential palace on July 27… 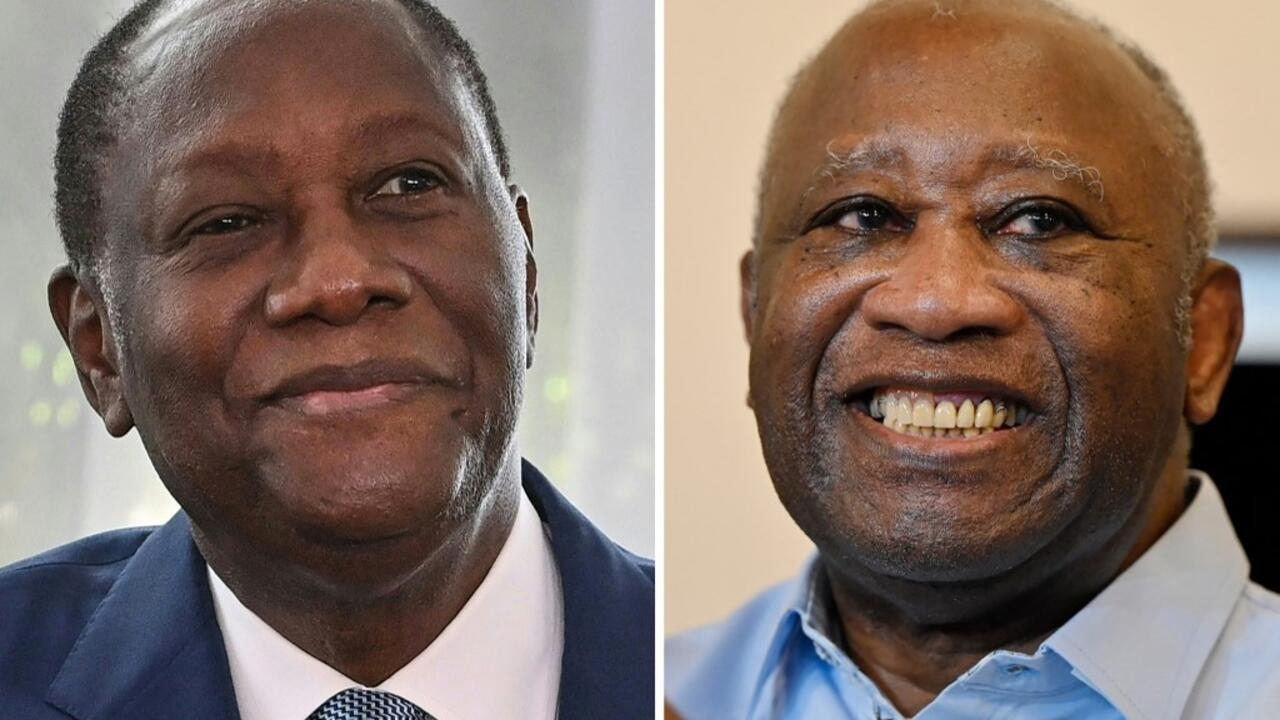 Ivorian President Alassane Ouattara and his predecessor Laurent Gbagbo will meet for the first time since the end of the post-electoral crisis of 2011 on July 27, 2021. AFP - ISSOUF SANOGO, SIA KAMBOU

In Côte d'Ivoire, the long-awaited political meeting will take place next Tuesday.

President Alassane Ouattara invites his predecessor Laurent Gbagbo to meet him at the presidential palace on July 27.

Since the return of the former head of state last month after his acquittal at the ICC, the country has remained suspended on the announcement of this first meeting, supposed to mark an important step towards national reconciliation and the easing of the political climate. Ivorian.

Tuesday July 27 will therefore mark the first meeting between Alassane Ouattara and Laurent Gbagbo since the post-electoral crisis of 2010-2011, which caused the death of more than 3,000 people in Côte d'Ivoire according to the UN.

It will also be their first date since the return of the historic opponent last month.

Over the past ten days, and through the media, the tone began to rise between the ruling party RHDP and the opposition PDCI-FPI, against the backdrop of the third term and violence perpetrated against the Ivorian populations.

Government spokesman Amadou Coulibaly nevertheless assures us that the president's hand has always been extended to his opponents. “

You remember all the meetings there were to prepare for Laurent Gbagbo's return. There has never been an interruption in the dialogue in our country and it will continue because this is the will of the government

The government's voice also reveals that the two men contacted each other informally earlier this month.

This is confirmed by Justin Katinan Koné, spokesperson for Laurent Gbagbo, specifying that the latter spoke to Alassane Ouattara

after his stay in Kinshasa

Justin Katinan Koné is delighted with this meeting, which goes in the direction of appeasing hearts in the country.

Our expectations are the same as those of the Ivorian people

That is to say, a true and definitive national reconciliation in Côte d'Ivoire.