Dl Covid, the proposal of the Regions: yellow zone with 20% intensive and 30% ordinary hospitalizations

There is also the green pass chapter, the most controversial one, in particular due to the League's opposition to restrictions. Delivery may be maintained after the first dose, but with "pressing" to complete the cycle within a short time 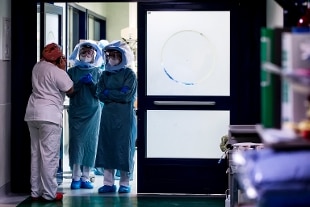 21 July 2021 Government at work to define the new Covid decree, which will have to establish the extension of the state of emergency, the criteria for deciding the "colors" of the regions and the rules for using the green pass. of ministers to give the green light to the measure, according to what is learned from government sources, should be held tomorrow, with a postponement of one day compared to today's date initially scheduled. Neither of the two meetings, however, has been confirmed at the moment. As regards the extension of the state of emergency (due to expire on July 31), the orientation would be to bring the deadline to next December 31, when it will be possible to make a point on the pandemic after the vaccination campaign is over.The criteria for defining the areas (white, yellow, orange, red) of the Regions will certainly be changed. The parameters relating to infections and incidence should be abandoned, in favor of a count based on hospitalizations and employment of intensive care units, also in relation to the progress of vaccinations.

On this today came the proposal of the Conference of the Regions, which suggests setting, for the yellow zone, the maximum occupancy limit of beds in the medical area at 30% and that of intensive care at 20%.

Finally, there is the green pass chapter, the most controversial one, in particular due to the League's opposition to restrictions. Delivery may be maintained after the first dose, but with "pressing" to complete the cycle within a short time. In addition, types of places, activities, events could be identified in which to participate it will be necessary to show the green pass. Depending on the "risk category", some will only need the first dose, others (such as major events) will need two. On this too, the governors made their proposal today. The goal, explained the president of the Conference of Regions Massimiliano Fedriga, is "to allow the resumption of activities that were not permitted up to now. For example, major sporting and entertainment events, discos,fairs and congresses ".

Regions, 20% intensive threshold and 30% hospitalization for yellow ++ Fedriga, proposals to the government with a view to collaboration (ANSA) - ROME, JUL 21 -

You remain in the white zone if the occupation of intensive care does not exceed 20% of the beds available and if that of the ordinary departments does not exceed 30%. This is the proposal of the Conference of the Governments in view of the revision of the monitoring parameters "with a view - says the president Massimiliano Fedriga - of institutional collaboration". The Regions also ask that the green pass be used "to allow the resumption of activities not permitted up to now" such as "sporting and entertainment events, discos, fairs and congresses".

The proposals, Fedriga emphasizes, were elaborated in "a positive perspective" and also in collaboration "in the light of the current epidemiological context, characterized by an increase in the incidence but by a low occupancy of hospital beds, and by the progression intense vaccination campaign ".