More than a million difference: the record that Leo Messi has finally taken away from Cristiano Ronaldo

Cristiano Ronaldo (36) and Leo Messi (34) are two of the best footballers in history. The only problem that exists when comparing them is that the two have agreed on ... 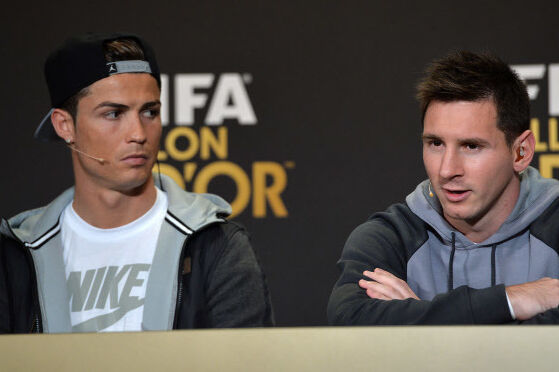 (34) are two of the best footballers in history.

The only problem that exists when comparing them is that the two have coincided in time, so it is impossible for many to value one above the other.

Because if they had at least played ten years apart, it seems clear that the experts would not hesitate to crown each as the best of their decade.

But fate is capricious and

the battles between Messi and Ronaldo constant.

Apart from football, there is

a record held by Cristiano

that until now seemed unbeatable.

The one from Madeira is the person with the

A little relevant data as far as his sports career is concerned but very important when it comes to doing the math, since the income that the Portuguese receives for each sponsored publication could exceed one and a half million dollars.

Reaching over 300 million people with just one image has those things.

Messi has broken a record in networks

that until now belonged to Ronaldo.

A figure that places the snapshot as the sporty image with the most reactions in the history of the social network.

Until Leo Messi published this photo, the record was, of course, for one of Cristiano.

Precisely the snapshot with which

after hearing the news of his death.

A post that now, several months later, is close to 20 million 'likes'.

Interview with the right hand of TebasOscar Mayo: "The Super League is a lack of respect and irresponsibility"

SoccerThe judge files the investigation against the Messi Foundation