Buyers from all over Europe drove to Nordmaling to pick up machines from Robin Edlund. The only problem was that he had not sold any. He was exploited in an advertising fraud. 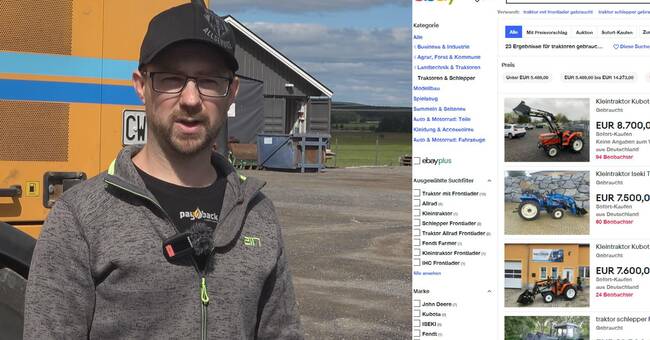 Statistics from Brå show that fraud is increasing in Västerbotten.

During the first six months of the year, the number of reported advertising frauds grew by 102 percent compared with the same period the year before.

Robin Edlund from Nordmaling is one of those affected.

Wheel loaders and excavators for half the price were advertised in the spring on German Blocket and Ebay, among others, with his company as sender.

Several foreign companies, including from Germany, Poland and Austria took over.

Had to call the police

When the machines were not loaded and sent away from Nordmaling, several became so angry that they drove home to Robin Edlund.

He himself was away when an angry Austrian knocked on his door in Nordmaling.

- I was a little worried about what might happen.

He himself estimates that the companies spent around half a million kronor on the machines he did not have.

Robin Edlund has reported the fraud to the police, but has not been contacted by the police since.