In the gallery, we find the presidents Félix Tshisekedi of the DRC and Denis Sassou-Nguesso of the Congo-Brazzaville accompanied by a whole audience of officials and faithful. It's Cardinal Fridolin ... 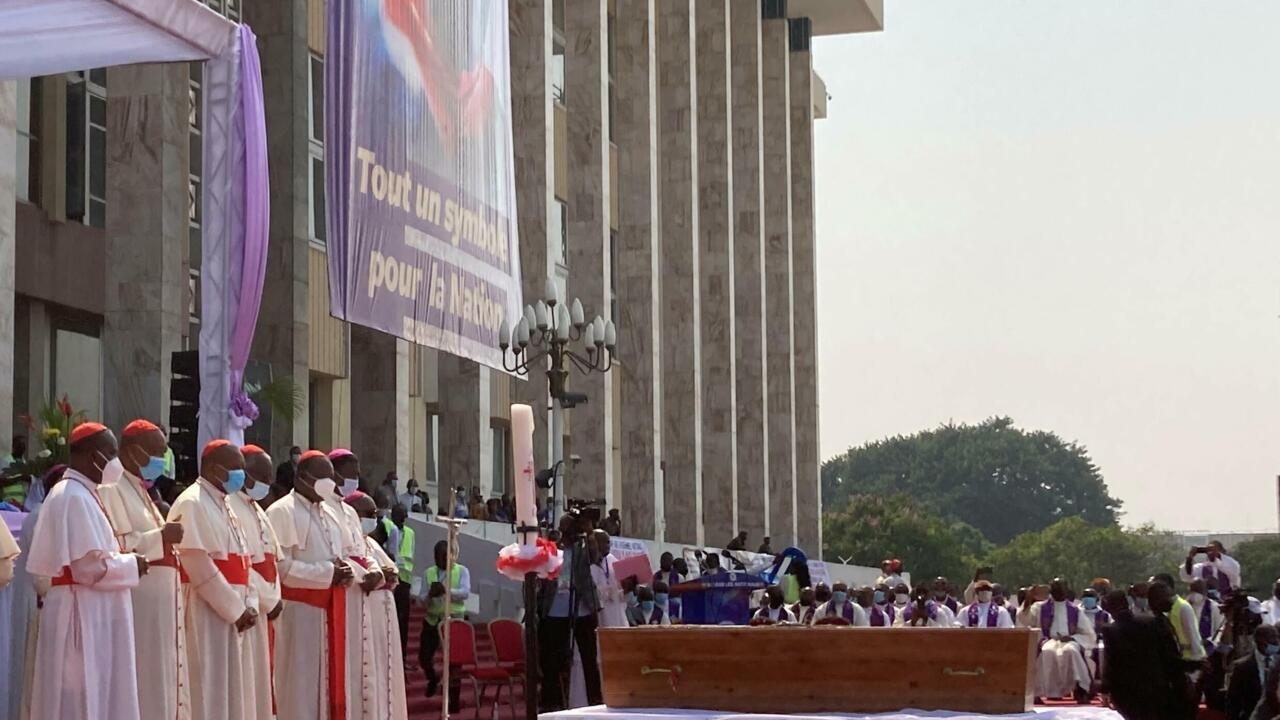 In the gallery, we find the presidents Félix Tshisekedi of the DRC and Denis Sassou-Nguesso of the Congo-Brazzaville accompanied by a whole audience of officials and faithful.

It is Cardinal Fridolin who officiates for this exceptional mass.

He took the opportunity to explain how it was necessary to pay tribute to this man of the church who has worked so hard for democratization in his country.

The best way to honor the memory of this character is to make a firm commitment so that the immense wealth, with which God has endowed our country, really serve the good of our populations and not a small group of privileged people

We cannot pay homage to the memory of Cardinal Laurent Monsengwo if we let the population languish in misery, while the rulers live in opulence and impunity

therefore had very strong words. In the Democratic Republic of the Congo, representatives of the Catholic Church generally do not mince their words. Faced with Presidents Tshisekedi and Sassou-Nguesso, Cardinal Laurent Monsengwo would probably not have done anything else, noted one of the priests present, than to launch an appeal to the leaders and politicians of his country, for the good of the peoples. . Before Cardinal Ambongo and this Mass, all those who testified, members of his biological family and of his Church, praised his strong character, his fight for justice and against mediocrity.

This Tuesday, the face of Cardinal Monsengwo is plastered everywhere, there are in particular giant posters on the walls of the people's palace, with this message: "Laurent Monsengwo, quite a symbol for the nation".

There is also a choir that sings religious songs, some of which were composed by the deceased himself.

During this ceremony, Laurent Monsengwo was honored posthumously by President Tshisekedi.

Then the Congolese will be able to meditate in front of his coffin and freely pay homage to him for part of the day.