Crystal and gold toilet bowls: what was found in the mansion of the head of the Stavropol UGIBDD, detained in the case of the creation of an organized criminal group

In Stavropol, on suspicion of corruption and the creation of an organized criminal group, the head of the regional traffic police department Alexei Safonov was detained. In the course of a joint special operation of the Ministry of Internal Affairs, FSB and Rosgvardia, more than 35 UGIBDD officers were also detained, whom the investigation considers to be Safonov's accomplices. The photos taken in the mansion of the head of the Stavropol State Traffic Safety Inspectorate show interiors with stucco and frescoes, as well as bathrooms with gold toilet bowls and crystal chandeliers. 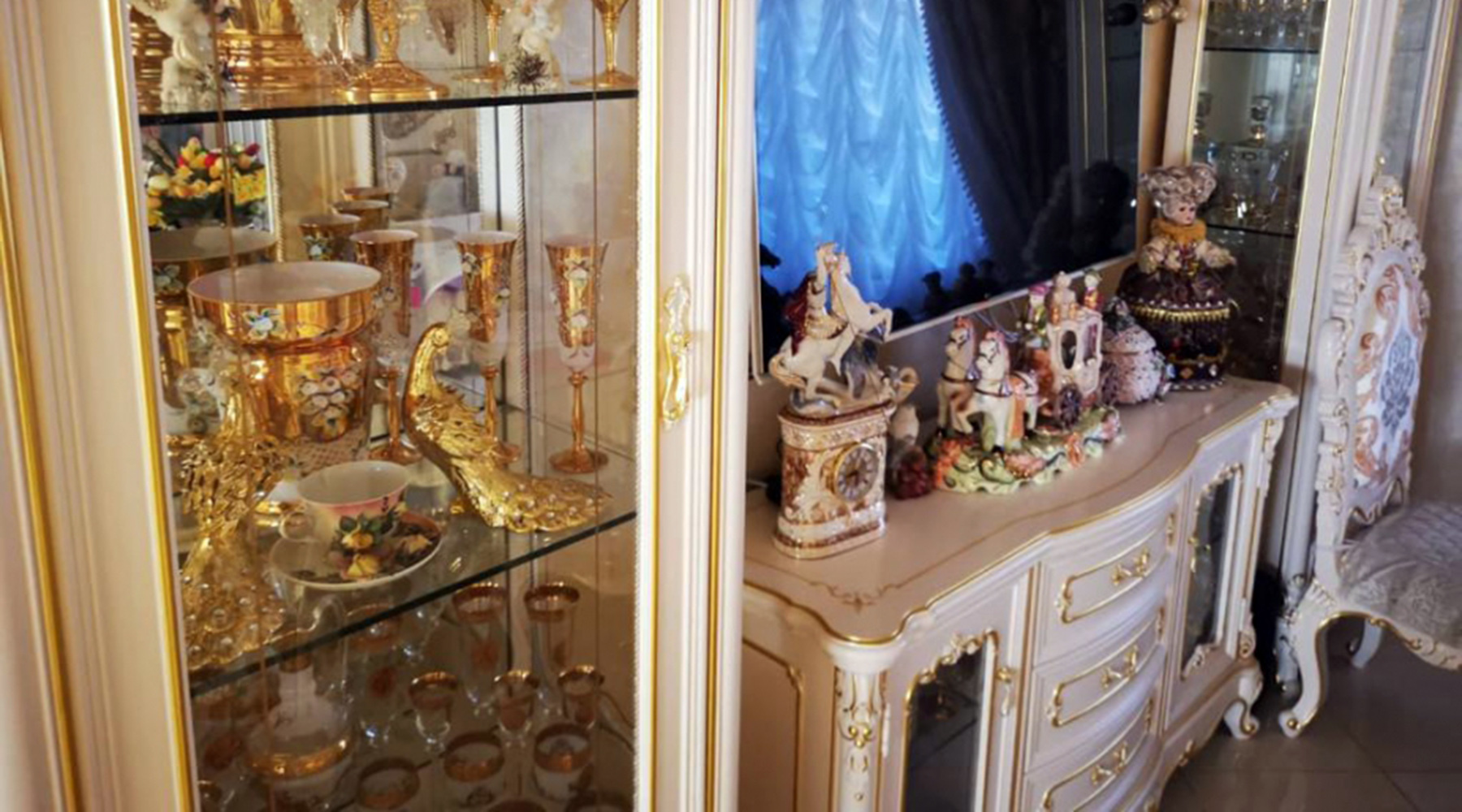 In the Stavropol Territory, the head of the regional traffic police department, police colonel Alexei Safonov was detained.

This was reported to RT by a law enforcement source.

"During the investigation, it was found that Safonov, back in 2017, created an organized criminal group from among the employees of the UGIBDD in the Stavropol Territory and residents of the Stavropol Territory, in order to generate income on an especially large scale by taking bribes," the interlocutor of RT explained.

According to the investigation, Safonov and his accomplices illegally received money for "ensuring the unhindered passage through the territory of the Stavropol Territory of freight transport carrying out the transportation of grain crops and other goods with signs of various administrative offenses in the field of road traffic."

Soon after Safonov's arrest, Interior Minister Vladimir Kolokoltsev dismissed Sergei Shchetkin, head of the Main Directorate of the Ministry of Internal Affairs of Russia for the Stavropol Territory, from his post.

Mansion of the head of the State Traffic Safety Inspectorate

The photo shows luxurious interiors with carved furniture, gilding, frescoes and stucco moldings, as well as gold toilet bowls and crystal chandeliers in the bathrooms.

Judging by the photographs taken by law enforcement officers during the special operation to detain Safonov, a sauna with a font, a billiard room, and a gym were equipped in his house.

“The modest dwelling of the head of the State Traffic Safety Inspectorate of the Main Directorate of the Ministry of Internal Affairs for the Stavropol Territory, Alexei Safonov, in Stavropol,” Alexander Khinshtein commented on the pictures.

Photos of the interiors in the house of the detained head of the State Traffic Safety Inspectorate quickly became the subject of active discussion on social networks - Runet users found the decoration of the "palace" tasteless and pretentious, which gave rise to a lot of jokes and memes.

What is known about Safonov?

Police Colonel Alexei Safonov was promoted to the post of head of the regional traffic police department in 2012.

Gazeta.Ru, citing an anonymous source in the Ministry of Internal Affairs of the Stavropol Territory, reported that the new head of the department had been conducting illegal activities from the moment he assumed a leadership position.

“For example,“ business cards ”with his personal signature appeared with him.

In fact, it was a kind of travel card that allowed avoiding any fines, ”the source said.

“In fact, a real mafia was operating in the Stavropol Territory, profiting from everything: from thieves' numbers and the passage of heavy trucks to trading in sand,” the politician wrote on his Telegram channel.

After Safonov was detained, a video began to be actively disseminated on the network, in which the head of the UGIBDD in Stavropol expresses concern about the high level of corruption in the transport police and warns the traffic police against bribery.

“Unfortunately, not all employees can resist the offer (bribes. - RT) and receive appropriate monetary remuneration, thereby also violating the law, which is prosecuted by the relevant article of the criminal code,” Safonov warns in a video message.

We add that in 2017 an anonymous employee of the traffic police of Pyatigorsk wrote a complaint to the administration of the President of the Russian Federation against the authorities.

The author of the appeal argued that at work they are forced to take bribes, and those who refuse, the management of the department allegedly loads them with the most difficult and unpleasant work.

Then Safonov commented on the situation to the Stavropol journalists, stating that the Pyatigorsk traffic police conducted a check on the complaint, but no violations were found.