Are you one of them?.. Too much coffee and tea harms the kidneys in a certain group

According to a scientific study, consuming large amounts of coffee and tea may be associated with health risks to the kidneys in a certain group of people, so who are they? And what's the reason? And what is the alternative? 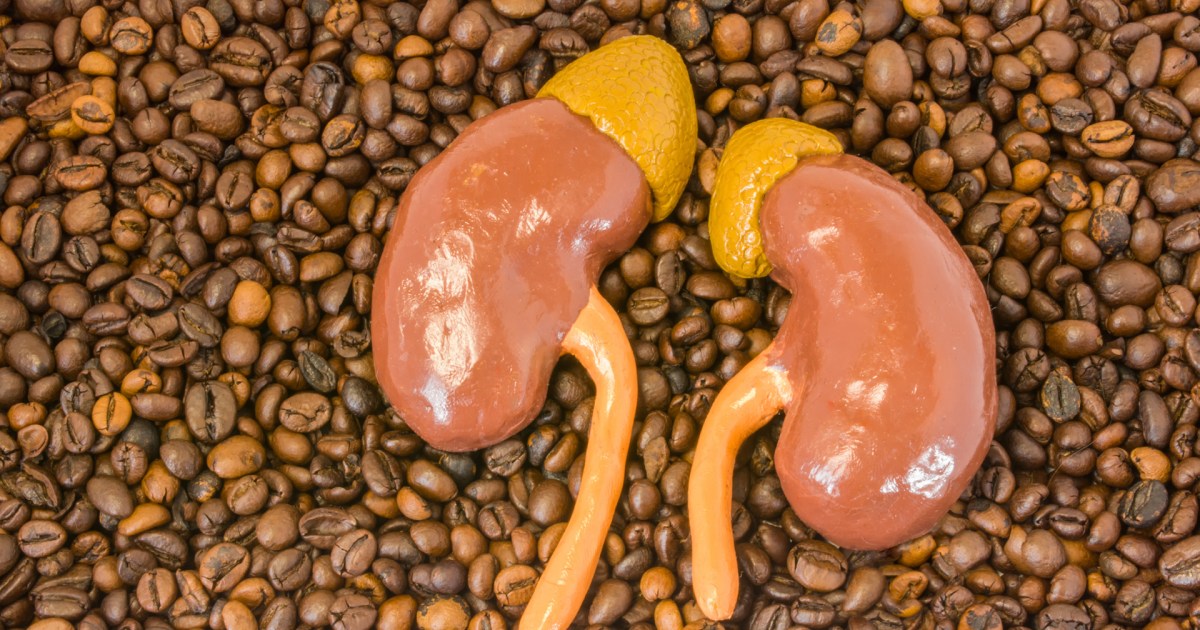 According to a scientific study, consuming large amounts of coffee and tea may be associated with health risks to the kidneys in a certain group of people, so who are they?

And what's the reason?

And what is the alternative?

It is scientifically known that drinking coffee daily in moderation - at a rate of between 3 and 4 cups - can help reduce the risk of cardiovascular disease and improve liver health, in addition to reducing the risk of cognitive impairment.

In a report published by the Spanish magazine "cuidateplus", the writer Isabel Gallardo Pons says that these quantities may be useful for healthy people who follow a balanced diet, but things are different for the elderly group who suffer from overweight or metabolic syndrome. that increase the risk of cardiovascular disease and diabetes.

The reason for these harmful effects for this group of people is because of the caffeine in coffee and tea, and the risk may increase in the elderly.

The effect of caffeine on the kidneys

Andres Diaz-López of the Human Nutrition Unit at the University of Rubera I Bergili, Spain, told "Quidate Plus" that their recent study concluded that drinking tea and coffee regularly leads to a deterioration in kidney function in elderly people with metabolic syndrome.

But why does this deterioration occur?

The reason is that caffeine leads to glomerular hyperfiltration, meaning an increase in the rate at which the kidneys filter fluid, and this persistence for a long time leads to exhaustion of the kidneys and negatively affects the functions that they do normally.

At the start of the one-year study, Dr. Lopez says, participants who consumed more caffeine had a higher GFR.

After a year, the results showed that these people had a deterioration in kidney function.

According to the writer, these results do not mean completely dispensing with coffee, but rather reducing the amount of consumption in elderly people who suffer from kidney disease, obesity, diabetes, high triglycerides and low-density lipoprotein, and this can be done by drinking decaffeinated coffee.

Dr. Lopez advises limiting the consumption of caffeinated coffee to one cup a day, explaining that decaffeinated coffee "provides the same amounts of polyphenols, and at the same time it will protect the kidneys if you already have risk factors and you are old."

Jordi Salas, one of the study's lead authors, stresses that the results of this "observational study must be confirmed by clinical trials", meaning that if the relationship between high amounts of coffee or tea and kidney problems is established, the warning should become Consuming caffeinated beverages is part of nutritional strategies to prevent kidney disease, especially in adults who are at higher risk for health.

Kidney disease is a global health problem that affects 10% of adults, and the percentage may reach about 20% for those aged between 60 and 65 years.

Aging also leads to deteriorating kidney function and the accumulation of toxins in the body, which increases the risk of consuming large amounts of tea and coffee.