[Video] "The best day of my life!"... The richest man's space tourism moment

Amazon founder Jeff Bezos, the richest man in the world, has succeeded in private space travel. It has been more than 20 years since Blue Origin, a space exploration company, was founded in 2000. 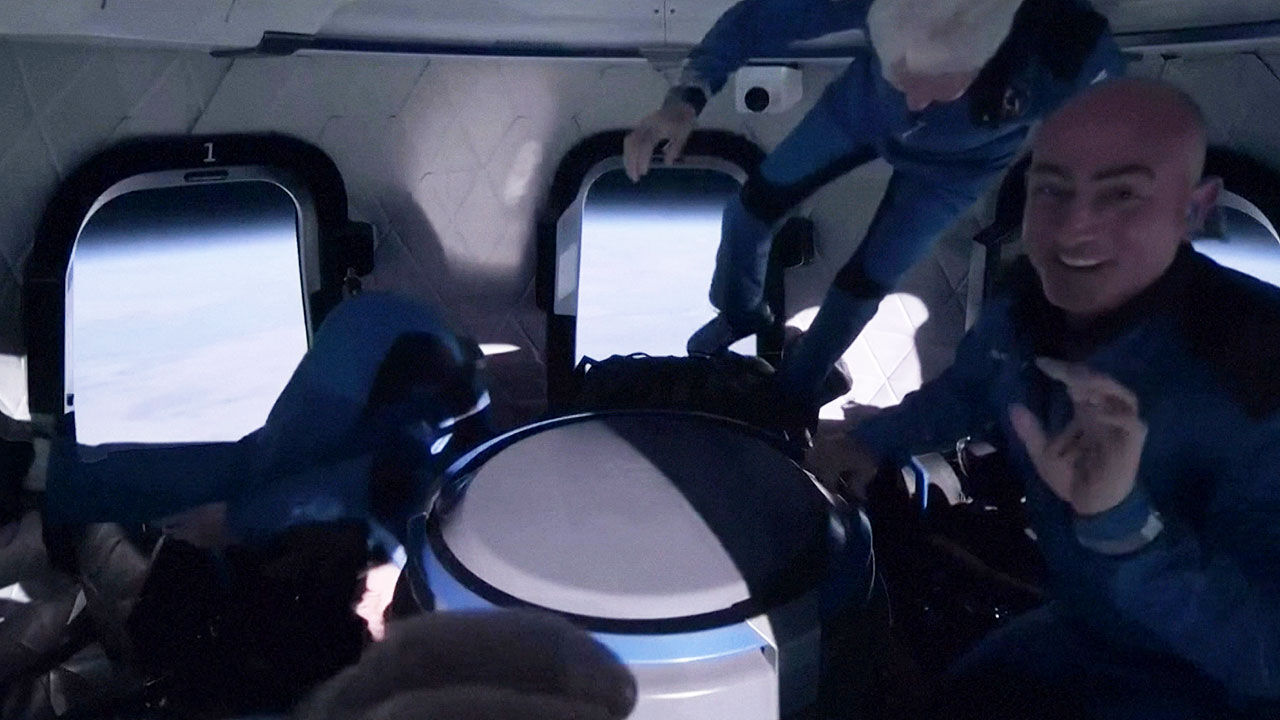 Amazon founder Jeff Bezos, the world's richest man, succeeded in private space travel. It has been more than 20 years since Blue Origin, a space exploration company, was founded in 2000.

Bezos' cheers were received from the rocket leaving the atmosphere.

[Jeff Bezos / Founder of Amazon: Astronaut Bezos, sat down. Happy, happy, happy. headquarters! This is Bezos. It's the best day of my life!]

Bezos returned to Earth after a 10-minute flight.

The first private space travel record was held by British billionaire Richard Branson, chairman of the Virgin Group, who had already flew into space 9 days ago, but Bezos managed to fly at an altitude of 108 km, climbing higher than Branson, who flew to an altitude of 86 km.

A real space travel nerve war is taking place over this.

Bezos' 'New Shepard' rocket succeeded in space flight without a pilot, unlike Branson's 'Unity', which had two pilots on board.

At a press conference after the flight, Bezos made the audience laugh by saying that the cost of the space trip was paid by Amazon customers.

[Jeff Bezos / Founder of Amazon: I want to thank both Amazon employees and Amazon customers. Because today's flight cost is what you paid.]