Prince Harry publishes a memoir about his life. According to PageSix, the prince would have written the work in secret for a year. 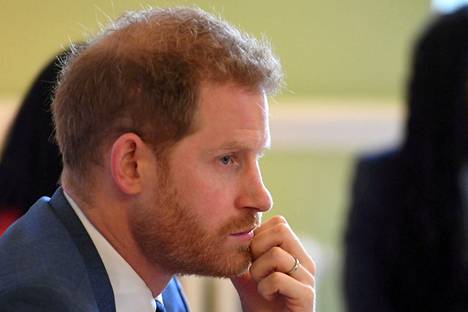 British Prince Harry is writing a memoir that, according to several foreign media, will be published in late 2022.

According to Reuters, a release from the publisher, Penguin Random House, states that Prince Harry is not writing the work just as a prince, but as a man he has grown into.

- Over the years, I have dressed in many different hats, both literally and figuratively, and with my memoir I want to tell the ups and downs of my story, the mistakes and how we have learned from them.

With my book, I want to remind you that no matter where we come from, we have more in common than we understand, Prince Harry says in a press release.

In his memoir, Prince Harry wants to tell about his life from his own perspective.

According to PageSix, the prince would have written the work in secret for a year.

Prince Harry has put together the work with Pulitzer winner JH Moehringer.

Moehringer has written biographies with tennis legend Andre Agass and one of the founders of the Nike sports brand Phil Knight, among others.

The work, as expected, gives an overview of the British court drama that has prevailed in recent years and the resignation of him and Duchess Meghan from the British court, but from the perspective of Prince Harry.

According to Evening Standard and Reuters, Prince Harry plans to donate the proceeds of the work to charity.

Markus Dohle, CEO of Penguin Random House, is excited about the prince’s memoir.

“We are delighted with Prince Harry’s memoir, and we are excited to welcome him to the ranks of world-renowned leaders, icons and change makers whose works we have been allowed to publish,” says Dohle.

Read more: Documentary allegations: Prince William warned his brother early on of Duchess Meghan - was there a spark in the court's huge strife?

Read more: The embarrassing details of the unveiling of the statue of Diana were only revealed afterwards - that's how the royal occasion really went

In an interview, Duchess Meghan talked about her difficult moments and suicidal thoughts before the duchess decided to leave the British court behind.

Prince Harry also shared his thoughts in an interview with Winfrey, for example, in connection with his father, Prince Charles.

He has experienced something similar in the past in his life, and he knows how this pain feels, Prince Harry said, referring to Princess Diana’s life.

Prince Harry returned to Britain and unveiled a memorial statue to his brother, Prince William, on the 60th birthday of their mother, the late Princess Diana.

"I always love him, but there has been great destruction between us," Prince Harry continued in an interview with Oprah Winfrey.