Next, let's take a look at the political news in the midst of the presidential race. First of all, in the Democratic Party, a nerve war between Candidate Jae-myung Lee and Nak-yeon Lee seems to be spreading to an emotional fight. 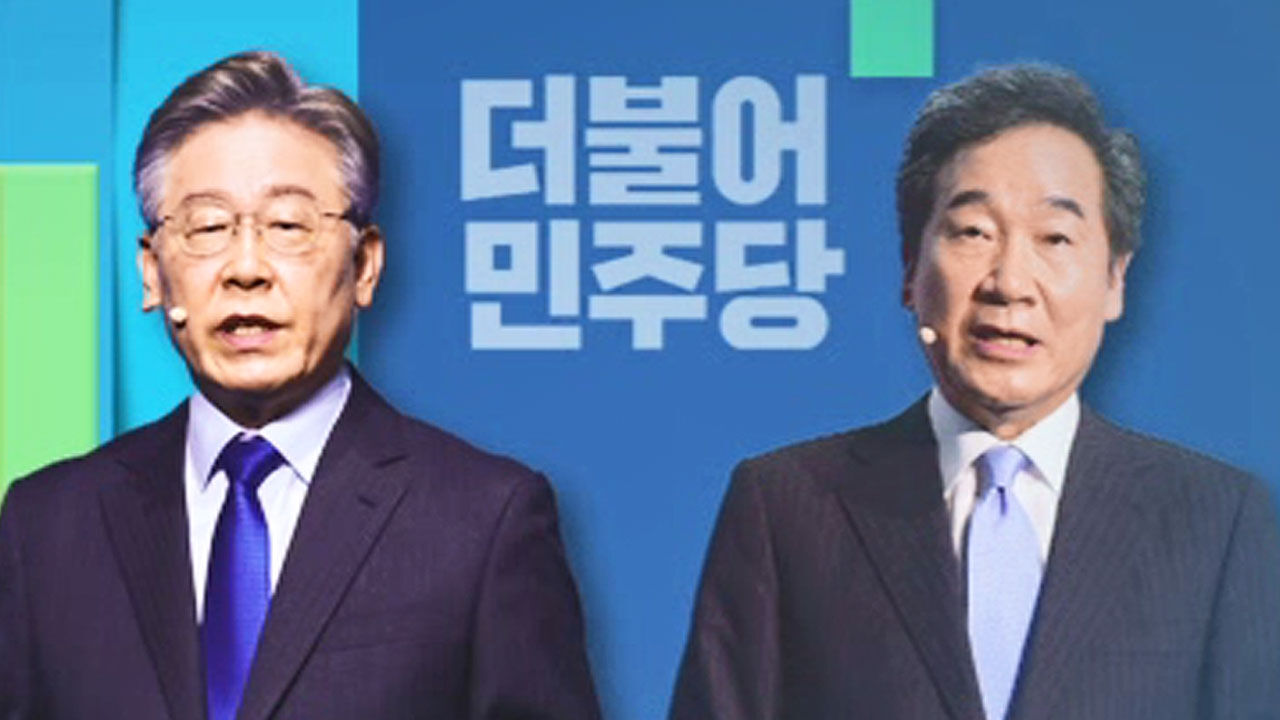 Next, let's take a look at the political news in the midst of the presidential race. First, in the Democratic Party, a nerve war between Candidate Jae-myung Lee and Nak-yeon Lee seems to be spreading to an emotional fight.

Reporter Koh Koh pointed out the content of the two candidates attacking each other and the points of controversy.

SNS team leader in the Gyeonggi governor election in 2018.]

Calling Nak-yeon Lee a 'pro-Japanese greeting' or 'Giregi', etc. It is said that he made an outright slander, and he raised the level of offensive by mentioning criminal charges.

[Lee Nak-yeon / Democratic Party Primary Candidate: It is a matter of compliance or violation. It's not a personnel issue.]

Jin, who answered the phone with SBS reporters, admitted that it was wrong for not maintaining political neutrality.

However, it was explained that candidate Lee Nak-yeon was opposed to the pro-Japanese liquidation law and pointed out the problem, not an active criticism.

[Mr. Jin: Because I am doing the matador over there (Lee Nak-yeon camp), I am too harsh as a supporter of (Lee Jae-myung).] He

also said that he worked at the Lee Jae-myung campaign in 2018, but he did not have a personal relationship with this candidate.

Although he did not mention his real name, he made clear the point of suspicion that he glorified the Chun Doo-hwan regime.

In April 1987, when Lee was a reporter at the Dong-A Ilbo, former CEO Nak-Yeon Lee evaluated "there is no doubt that President Chun Doo-Hwan's will for a single term is unquestioned" "I wrote the remarks of Kwon Ik-hyeon, secretary-general of the Democratic Party of Korea, in the article.

[Kim Kwang-soo/Rep. of the People's Party (Prime Minister's Personnel Hearing in 2017): What do you think about writing a publicity article.]

Candidate Nak-yeon Lee's side refuted the expression 'a great leader', saying, "It's hard to say that it was praised because it conveyed the remarks of the officials."

As the nerve war between the two candidates escalates into an emotional battle, the Democratic Party has decided to postpone the presidential primary for five weeks from early September to mid-October.