After the death of Peter R. de Vries, outgoing Prime Minister Mark Rutte said that he "will do everything in his power to fight crime by all possible means". After the murder of lawyer Derk Wiersum, outgoing Minister of Justice Ferd Grapperhaus already decided to set up a new criminal investigation unit. Criminologist and emeritus professor Cyrille Fijnaut calls that plan "ill-considered" and "a divisive thing". The National Police is opposed to the plan and the House of Representatives is also in doubt. Fijnaut: "If you build two investigative organizations, you will have major difficulties." 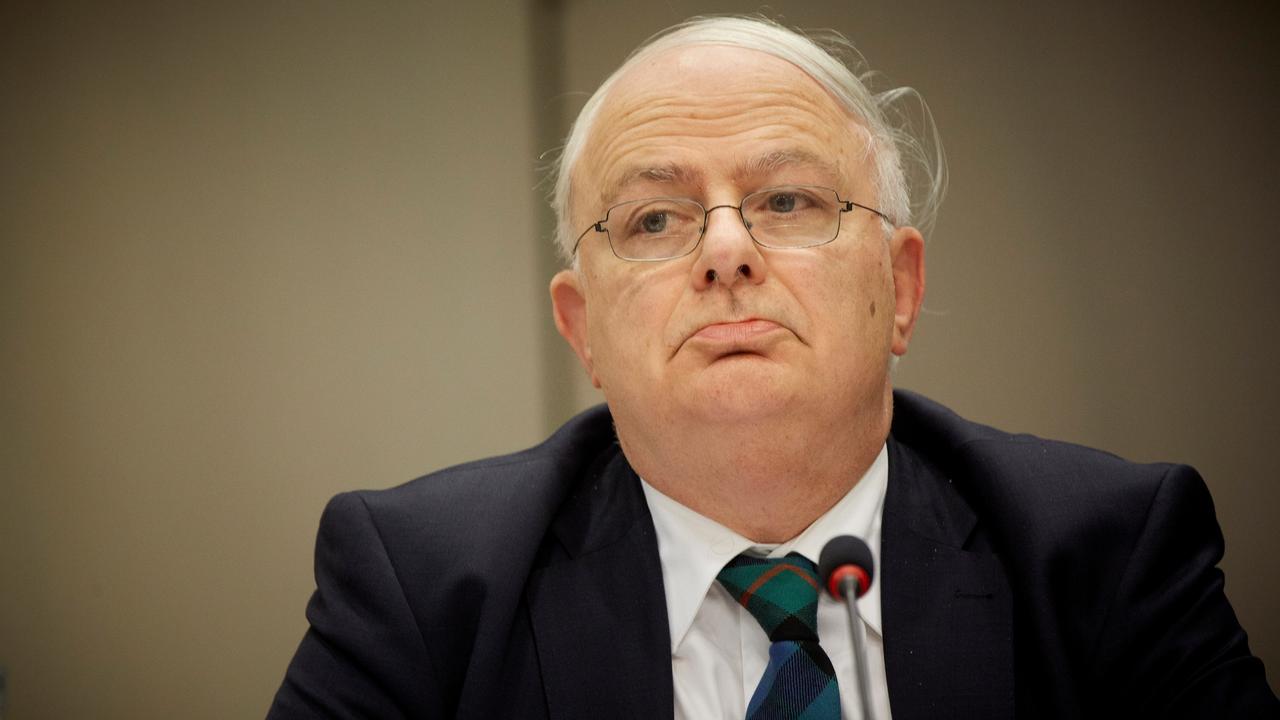 After the death of Peter R. de Vries, outgoing Prime Minister Mark Rutte said that he "will do everything in his power to fight crime by all possible means". After the murder of lawyer Derk Wiersum, outgoing Minister of Justice Ferd Grapperhaus already decided to set up a new criminal investigation unit. Criminologist and emeritus professor Cyrille Fijnaut calls that plan "ill-considered" and "a divisive thing". The National Police is opposed to the plan and the House of Representatives is also in doubt. Fijnaut: "If you build two investigative organizations, you will have major difficulties."

"After the attack on Peter R. de Vries, I will no longer be silent," says emeritus professor Fijnaut. "We have come to the point that the problems have to be put on the table when it comes to the fight against serious crime in the Netherlands. Minister Grapperhaus wants to set up a new criminal investigation unit. He wants to show decisiveness, but it is a strategic blunder by the way. It's the stupidest thing you can do, purely ad hoc policy, motivated by the emotions. For the past two years I have gallantly tried to dissuade the minister from his disastrous plan. But now it has been nice and I speak freely ."

The Public Prosecution Service speaks of a "repulsive murder".

Minister Grapperhaus was shocked by the murder, which he called an "assault on the rule of law".

"The creation of a new team is indirectly a disqualification of the existing detectives."

Already on the day of the attack, there was a louder call to tackle organized drug crime, with a separate investigation unit such as the American drug fighter DEA.

Grapperhaus had already come to the conclusion that too little had been done against organized crime in recent years.

The "weeds had started to proliferate", he told the

In the months that follow, the plan will be developed for a Multidisciplinary Intervention Team (MIT), a collaboration between the police, the Public Prosecution Service, customs and other services.

This new service should focus on "uncovering and sustainably disrupting criminal structures, business processes and revenue models", according to the minister.

So the team should not chase after crooks, but expose the underlying structures.

MIT stands next to the National Criminal Investigation Department because, the minister wrote in a letter to the House in May, "the approach to criminal subversion must be further improved".

MIT was launched in October last year, is now in the "construction phase" according to the minister and will employ between three and four hundred people by 2023.

Criminologist Fijnaut is very concerned about what he calls "the poisonous divisive fungus" of Dutch crime fighting. He has been closely following the police and the judiciary in the Netherlands for more than forty years. He was advisor to successive justice ministers, professor and 25 years ago the right-hand man of the parliamentary committee of inquiry into organized crime in the Netherlands, led by Member of Parliament Maarten van Traa.

According to Fijnaut, the creation of a separate team leads to a competition between people and resources "with serious criminals as a smiling third".

Moreover, the work that this team will have to do is already being done by the current investigative services, Fijnaut knows.

The justice expert foresees "huge conflicts" over who owns the information.

"The creation of a new team is indirectly a disqualification of the existing investigation", says Fijnaut.

Fijnaut argues that it is a much better idea to further strengthen the National Police in its fight against serious crime, so more money and manpower for the various investigative departments. According to the emeritus professor, in a small country like the Netherlands there must be "perfect harmony" and there must be "insight and overview" on one point of what is happening in the criminal environment.

The National Police was established in 2013. It took a lot of time and effort to forge 25 police districts into one organization, but successes have been achieved in recent years. Alleged leaders of criminal networks such as Ridouan T. are being prosecuted, motorcycle gangs have been tackled, the Team High Tech Crime (THTC) booked a blow to serious crime by cracking crypto telephones and setting up and managing online black markets where criminals they were aware they were dealing drugs and weapons under the watchful eye of the police.

Still, the efforts ultimately proved too weak and too little to cope with the ever-growing serious crime rate.

Fijnaut: "In order to win the battle against serious criminals, to really make a fist, the investigative capacity must be expanded, strengthened and improved across the board as a priority."

Police investigation at the clubhouse of motorcycle club No Surrender in Clinge in Zeeland.

Police investigation at the clubhouse of motorcycle club No Surrender in Clinge in Zeeland.

In February of last year - the plans for MIT were still being finalized - Fijnaut wrote a note that he sent to top officials at the Department of Justice and Security, in which he voiced warnings.

He advocated building on what is going well, learning from past blunders and calling for "the whole enterprise to be shut down" before "irreversible and thus deadly missteps" were made.

He warned that the minister should take into account that negative publicity about the construction of the new team "his political showpiece is already crippled before it can walk".

But the justice expert was not heard.

Fijnaut is not alone in his criticism. In

leaked in January this year from confidential correspondence showing that the National Police is serious concern. The new MIT would "loot" the existing police organization. The head of the THTC warned of "demolition" of his unit. A source at the National Public Prosecutor's Office stated that "a castle in the air" was being built, that millions had already been invested and that no crook had yet been caught.

He called MIT a "expensive club-up that has been busy for months with chat, chat, chat" and "barely detectives who will do the dirty work later."

Existing successful teams of the National Criminal Investigation Service would also be "bought out".

“We still have excellent detectives, strengthen what is already there.”

In the House of Representatives, VVD chamber Dilan Yesilgöz-Zegerius, who recently became a caretaker state secretary,

asked a series of critical questions

in response to the publication in

. The minister stated in his answers that the MIT is an explicit addition to and not a replacement for the existing investigative services, and that extra money was made available for that very reason.

But the House continues to have doubts. In one of the last sessions before the recess, a motion by VVD MP Ingrid Michon-Derkzen was passed in which the minister is asked to share the 'draft institution decision' with the House in advance, in which it must be indicated how this service will deal with other investigative units. to relate. The House would then like to discuss this further. In other words: it is not yet a race.

Fijnaut is happy that the House of Representatives is keeping its back straight. What does he think should be done? "Keep it to a national organization. Invest more money in the national, regional and district investigations. I live in Tilburg and when I look at the Brabant criminal investigation units, there are far too few people there for the enormous problems they face. is an exhaustion that those people have to deliver. We still have excellent detectives, don't get me wrong, amplify what's already there."