In Washington, the inscription at the Cuban embassy was erased with a spelling error

The misspelled slogan on the asphalt in front of the Cuban embassy in Washington was erased, TASS reports. 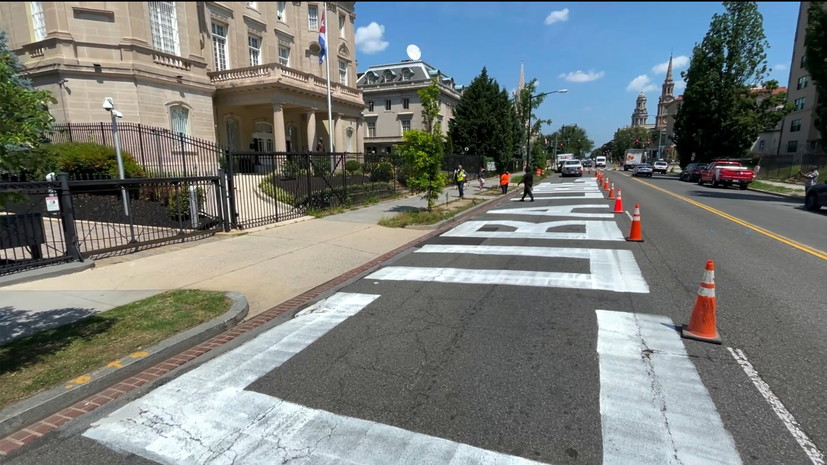 According to the news agency, employees of city services arrived at the embassy building to erase the inscription, already in the afternoon.

Traces of paint are still visible on the asphalt, but the words Cuba libre (from Spanish “Freedom to Cuba” -

) are no longer there.

Unidentified persons have inflicted on the carriageway of the street in Washington, where the Cuban embassy is located, the slogan "Freedom to Cuba", containing a spelling error.

Cuban President Miguel Diaz-Canel had earlier called on Cuban communists to take to the streets in the event of unrest and resist possible protests against the authorities.