The Pirate: "I still drag the complex of the furry, the criminal"

Juan Pablo Ordúñez, Talavera de la Reina, 1956. The Rock FM announcer turns 50 on the radio and debuts as the author of the book Historias del Rock. Legends, tales and myths ... 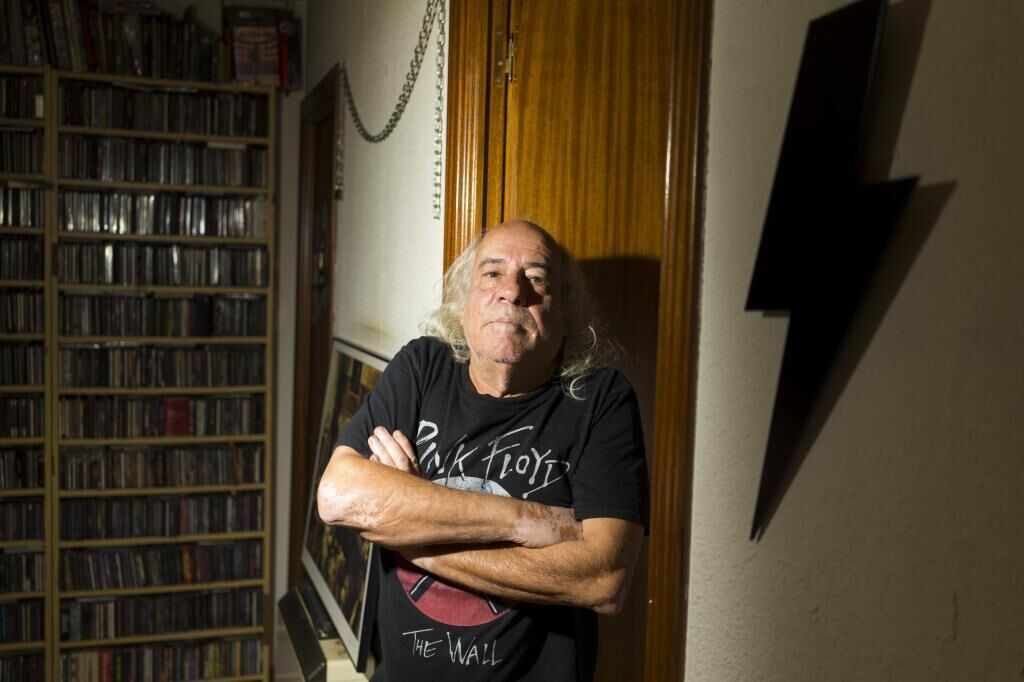 Juan Pablo Ordúñez, Talavera de la Reina, 1956. The Rock FM announcer turns 50 on the radio and debuts as the author of the book

I see your book and I realize that rock is, in addition to being an aesthetic thing, a place where we learn the keys of life: about love and sex, friendship, money, or what is truculent as in his book .. Let's say that music, the aesthetic thing that it says, is the epicenter that attracts us to a culture that goes infinitely beyond. Rock is many things: a business, an art, a technique, an audiovisual code, and a way of life, of course. The bad thing about that is that later you reach a bit of an adult age, you start to intuit what this is about and you lose interest. How many people will I meet who say to me: «Pirate, I was

, I was going to the Chancellor Hall! ». Hey, quitting is a respectable option. As is the option of those who are still obsessed, those who on the day of their death still ask about the new Stones album. What music did your parents listen to? The one they put on the radio: Juanita Reina, a Spanish song from the 50s, some melodic. There I found the first thing that caught my attention, a version by José Guardiola of an American song called 16 toleladas. Was it one of those teenagers? Damn who despised the music their parents listened to? I discovered rock and the shock was ... It was important. What happens is that my parents, who had a modest culture, had intuition, valued talent even though they did not understand the codes. One day two or three million years agoMy mother and I were in front of the TV and they put some images of Jimi Hendrix in Monterrey. And he said, 'That man is a genius, right? And I realize". Was it very lonely to be in rock? Yes. Rock opened infinite doors for me, but it also made me drag the hairy syndrome. It still lasts for me. During the dictatorship, the furry was the criminal ... Curiously, today I have a large audience in the State Security Forces. How are you getting along with the police? If they stop me for whatever it is, I get the face of distrust that I learned as a young man and that still comes out instinctively. And then it turns out that they are charming, they tell me that they always listen to me ... In 1971, did you bond well as a furry one? Not in 1971. We had to wait a bit. At least in Talavera. No longer to flirt: having a girl come up to you and chat with you was already something heroic.They had to give him a lot of guts. What a dislike, parents. And how do you get along with the desire to intellectualize rock? Those Radio 3 programs that are like art galleries ... Man: respect, everyone in the world. But I estimate that it takes me a tenth afternoon to present a song than it takes on Radio 3. Because if you present an Iron Maiden song you can give some information, but the energy you transmit matters more. And the truth is, I don't believe in the announcer speaking to the listener from the position of a fucking wise man, tell me about the music that irritates you. The crowd of the New Romantics. Now you look for them on Wikipedia and qualify them as rock groups. Well no. Choose: Classical, Jazz, or Brazilian Music - Jazz, Classical, and Brazilian, in that order. And flamenco? If they take me to a cave to hear singing, I'll be delighted.But I don't think I've ever put on a flamenco album in my entire life. How will you become an old rocker? Ailments, pains ...? I have turned 65 tacos. And I'm not so bad. I do my checkups, I swim 60 minutes a day without stopping ... Luckily, I have not been injured. Shots from another era I dodged, I was so lucky. 20 years have passed since then and, for now, no one has taken a toll on me

Music Andrés Calamaro: "He who does not love Julio Iglesias does not even love his mother"

Culture Najwa Nimri, from La casa de papel: "Clicking and reporting something does not make you a good person"