Russia is at the center of the dispute.. Biden and Merkel are working to repair bilateral relations after their tension under Trump في

US President Joe Biden received outgoing German Chancellor Angela Merkel yesterday to discuss differences between the two countries, at a time when the two sides are seeking to strengthen relations damaged by the era of former President Donald Trump. 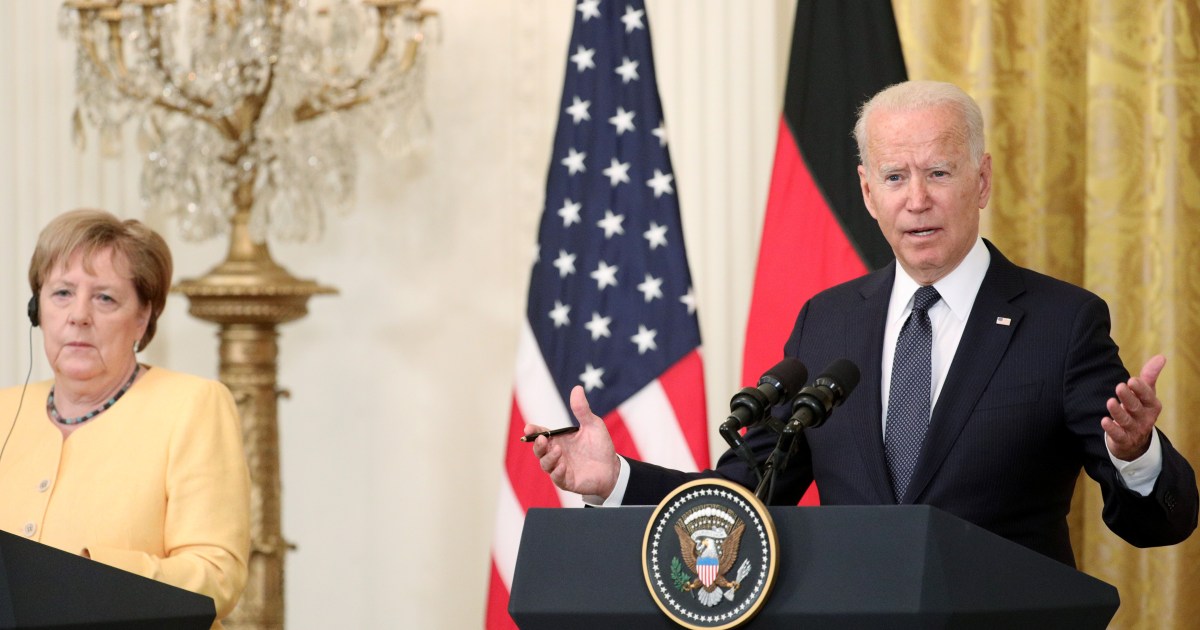 To discuss differences between the two countries, at a time when the two sides are seeking to strengthen relations that were damaged during the era of former US President Donald Trump.

Biden said - at the beginning of the meeting in the Oval Office - that "the cooperation between the United States and Germany is strong and we hope that we will continue to do so, and I am confident that we can."

Merkel stressed that she appreciates the partnership between the two countries, noting the US role in building a free and democratic Germany.

The two countries have differences over a range of issues, including the Nord Stream 2 pipeline being built from Russia to Germany under the Baltic Sea, which Washington fears will hurt Ukraine and increase Europe's dependence on Russian gas.

The two sides explained the continuing disagreement between them regarding the controversial gas pipeline "Nord Stream 2", which has been almost completed and will supply natural gas to Europe via Germany.

Biden said the partnership between Washington and Berlin would grow stronger on the foundation that Merkel helped build.

And he warned that "even the closest of friends can disagree," noting that he had once again expressed to Merkel his concerns about "Nord Stream 2".

He added that the United States and Germany agreed to support Ukraine in its reform efforts and regarding its sovereignty and territorial integrity.

Merkel stressed that the goal of the gas pipeline is to be an additional project, not an alternative to Ukraine as a corridor for the transportation of natural gas.

"Our vision was and remains that Ukraine will remain a natural gas corridor country," Merkel said, and that anything else would cause great tension.

She stressed that Germany "will respond effectively if Russia does not respect Ukraine's right to be a corridor state."

The two countries also differ over the feasibility of partnering with China on business ventures and travel restrictions from Germany to the United States.

"We believe in cooperation with China in the areas of security, energy and others," Merkel said.

Regarding Iran, the German chancellor said that I spoke with President Biden about Iran and that every effort must be made to reach a successful conclusion in the negotiations.

The two sides reaffirmed their commitment to "close bilateral cooperation in support of peace, security and prosperity throughout the world."

It is noteworthy that Chancellor Merkel made more than 20 visits to Washington during her 16 years in office, and Biden became the fourth US president to occupy the White House since taking office in 2005.

And coincided with Merkel's visit floods in western Germany, which led to many deaths.