Rome. Discovery of the 'fake boutique': sanctioned customers of the entertainment world

Over 600 items - bags, belts and wallets - were found in an apartment in Corso Francia, reproducing the models and brands of the well-known houses Gucci, Fendi, Hermes, Chanel, Bottega Veneta and Balenciaga. The turnover has been quantified at around 850,000 euros: the woman who ran the business will also have to answer for tax evasion 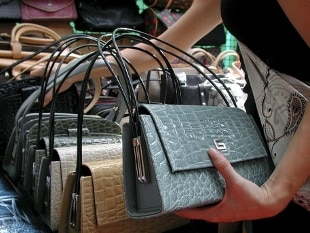 July 15, 2021 The financiers of the provincial command of Rome have discovered a 'fake boutique' run by a 50-year-old Roman. The turnover was quantified at around 850,000 euros.

The woman, during a search carried out by the yellow flames of the 3rd Metropolitan Operating Unit in her apartment located in Corso Francia, was found in possession of over 600 items - bags, belts and wallets - reproducing the models and brands of the well-known houses Gucci, Fendi, Hermes, Chanel, Bottega Veneta and Balenciaga.

On the occasion, the military had also found a 'brogliaccio' in which the amounts of receipts were reported, which ranged between 500 and 2000 euros for each item, in addition to the names of the customers, some of which belong to the world of entertainment, which are were consequently sanctioned. The further investigations, coordinated by the Public Prosecutor of Rome, made it possible to ascertain the omitted declaration to the tax authorities of the proceeds of the illegal activity, the woman will therefore have to answer before the Capitoline judicial authority also for tax evasion.

#GDF #Roma: #boutique discovery of the #falso in an apartment in Corso Francia.

Over 600 #counterfeited items with high #fashion brands seized: a turnover of 850 thousand #euro.