A video clip of a monkey sitting inside a liquor store and drinking alcohol from a bottle went viral on the internet, shocking social media users. 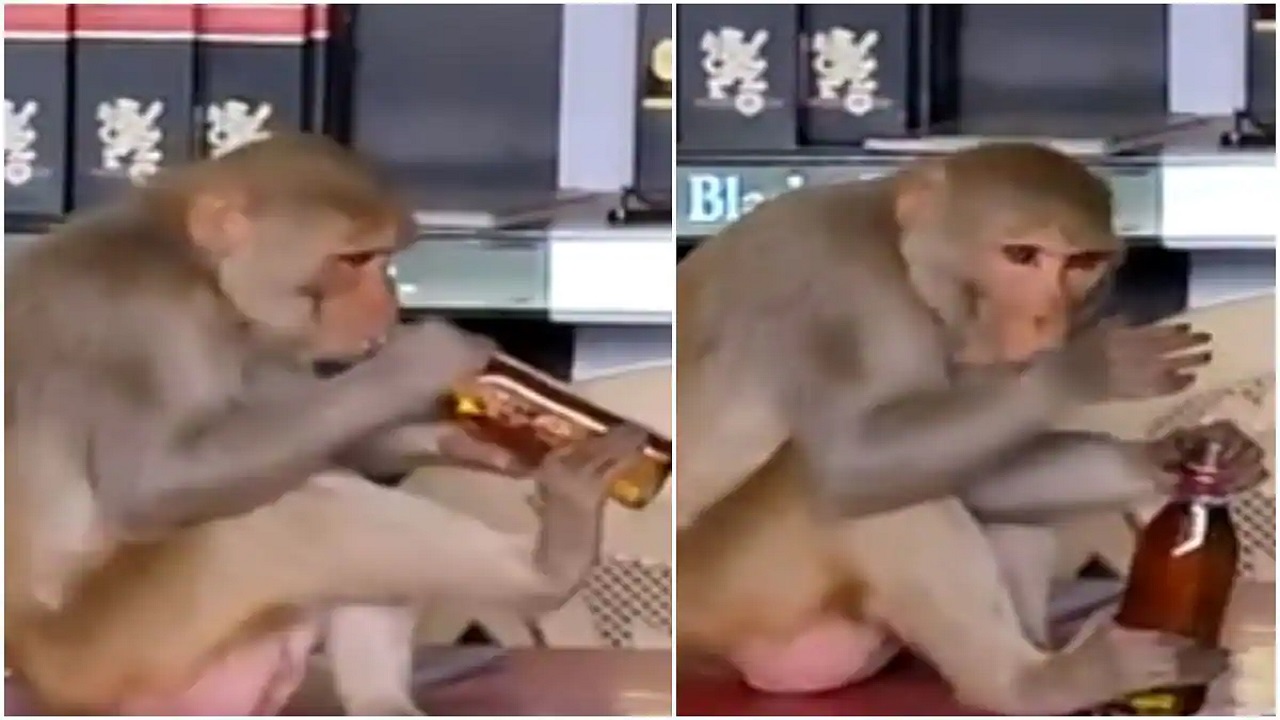 A video of a monkey sitting inside a liquor store and drinking alcohol from a bottle went viral online, shocking social media users.

According to Indian media, the accident occurred in Mandla district of Madhya Pradesh.

In the video, the monkey first enters the wine shop and grabs a bottle of alcohol, then opens the cap of the bottle with his mouth, then slowly starts drinking it.

Meanwhile, the shopkeeper is unfazed by the monkey's presence and also offers him a piece of biscuit.

However, the monkey seems to be busy drinking and ignoring food.

Just like humans, the monkey holds the bottle and swallows alcohol down its throat to amuse passersby.

Upon seeing this strange incident, several people gathered near the store and started recording videos on their mobile phones, which sparked social media in India about this alcoholic monkey.

According to eyewitnesses, the monkey was first seen drinking a few drops of old alcohol bottles lying on the ground near a liquor store a few days ago.

Since then he has been seen every day near the liquor store and has never been far from it.

Many said the monkey might have liked the taste and that's why he came back for more.

Store employees said they have made preparations to turn him away next time.

They can easily learn things from humans and imitate their actions.

Even before that, many funny videos appeared where monkeys drank alcohol.

There were also many accidents where the monkeys caused a lot of quarrels after drinking alcohol.

In the Indian state of Uttar Pradesh, someone took a gentle monkey to his home to raise him.

After a while the man died and the monkey became a brutal addict looking for alcohol and killed a person after biting him and assaulting 250 people, most of them women and children, and disfigured their faces with his fangs.

The monkey was then arrested and sentenced to life imprisonment in a cage in a park.