LGBT + laws: the European Union is shooting red bullets on Poland and Hungary

The dispute between Warsaw and Budapest on the one hand, and the European institutions on the other, over LGBT + people is growing.&nbsp;&nbsp; 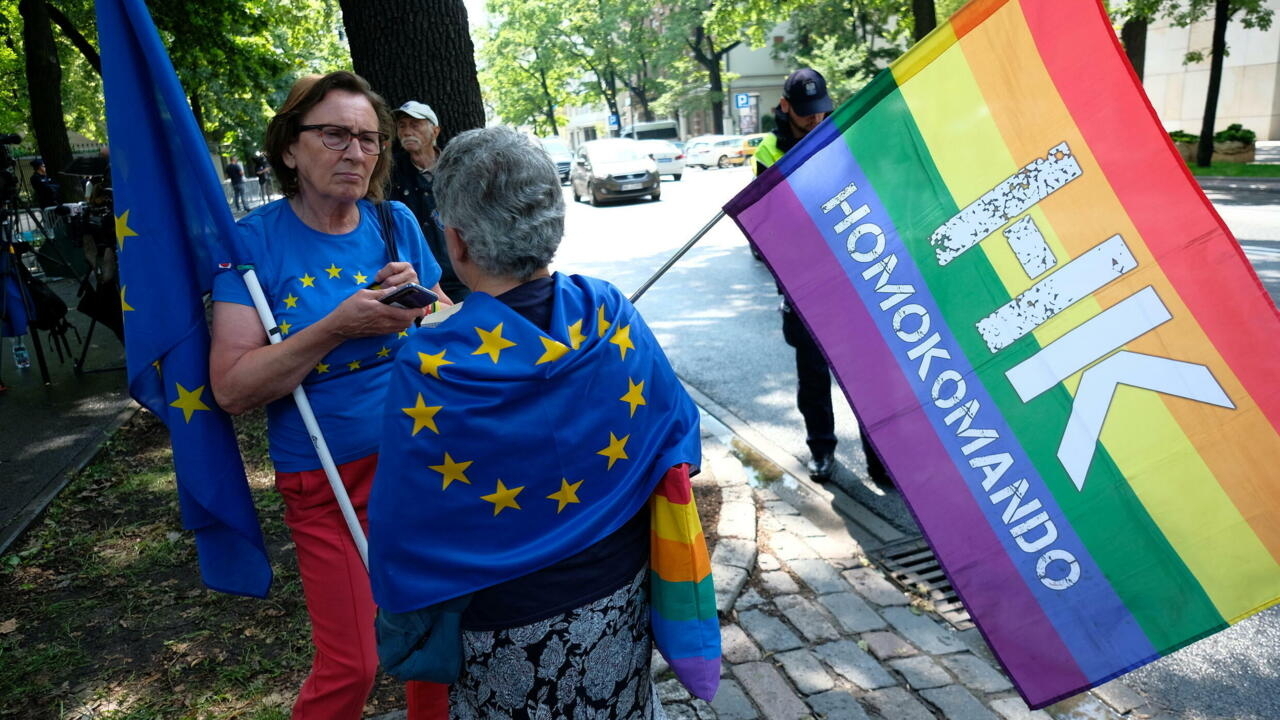 LGBT + laws: the European Union is firing red bullets on Poland and Hungary

The dispute between Warsaw and Budapest on the one hand, and the European institutions on the other, over LGBT + people is growing.

The war between the European institutions and Central Europe on the rule of law and common values ​​is taking place on two fronts.

The most recent this Thursday is a double offensive by the Commission for the right to the diversity of practices and sexual identity.

to which the two governments have two months to respond, says our correspondent in Brussels,

A procedure that could lead to financial penalties.

Hungary is in Brussels' crosshairs for

from deviations from gender identity or sexual practices.

Poland, because of the resolutions taken by certain municipalities or regions which imposed

Today, we have proof that the European Commission will do everything in its power to protect European values,

Bart Staszewski, activist for LGBT + rights in Poland, at the microphone of our correspondent in Warsaw,

If the leaders thought there would be no consequences for their homophobia, they were wrong.

And if nothing changes, the bill will be very steep.

On the second front, the Court of Justice of the European Union (CJEU) opened hostilities on Wednesday by imposing interim measures against the disciplinary chamber of the Polish Supreme Court.

The Supreme Court tried to counter it, but this Thursday, the court returns to the charge and considers that this chamber does not comply with European laws.

For its part, the Commission adds, moreover, that in this area, European law takes precedence over national law.

See also: Gay rights: the EU and Hungary are scarce