The Community Development Authority in Dubai has identified five challenges facing the system of incubating children of unknown parentage, revealing to "Emirates Today" that there are 28 children in the "Family Village" who need incubation, ranging in age from four to 18 years, and the authority hopes to find for them a stable and safe family environment and nature 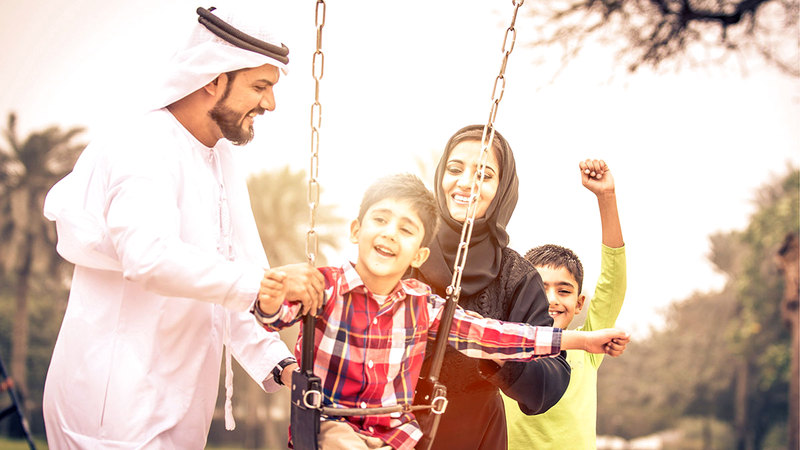 28 children in the “Family Village” are waiting for foster families

The Community Development Authority in Dubai has identified five challenges facing the system of incubating children of unknown parentage, revealing to "Emirates Today" that there are 28 children in the "Family Village" who need incubation, ranging in age from four to 18 years, and the authority hopes to find for them a stable and safe family environment And naturally, just like the rest of the children in society.

The Director of the Department of Social Cohesion at the Community Development Authority in Dubai, Dr. Abdulaziz Al Hammadi, identified to "Emirates Today" a number of challenges facing embracing children of unknown parentage, including the unwillingness to embrace children over the age of four, and the failure to issue identification papers for the child after embracing him, as well as Some families embrace children without informing the concerned authorities, in addition to the financial difficulties of some custodial families, in addition to the fifth challenge related to the level of societal awareness, and the awareness of custodial families with all the merits and objectives of the incubation system.

Al Hammadi addressed the problem of families’ reluctance to embrace children over the age of four, and stated that families hesitate to embrace children over the mentioned age, thinking that there will be difficulty in acquiring habits and ideas after that age, knowing that this is not true, because children when they are in the custody of the authorities Those concerned receive all the correct teachings and ideas, and therefore there is no fear of their ability to acquire the habits and ideas of the foster family.

In response to other reasons for the reluctance of families, he said that there are some families who prefer the child to be at the age of infancy, to breastfeed him with the rest of the children in the family, adding that the idea of ​​incubation is based on the pursuit of reward and love of doing good, and that the child needs to live within a family system. normal.

With regard to the failure to issue identification papers for the incubated child, Al Hammadi said that there is negligence on the part of some families in following up on the issuance of these papers, which prompted the authority, in cooperation with the concerned authorities, to solve this problem through the electronic link between the authority’s system and the General Administration of Residency and Foreigners Affairs Which allows the authority to submit identification papers and follow up the procedures for issuing citizenship documents and passport for the foster child, stressing that this will ensure that he obtains his legal rights in accordance with the approved laws and regulations in a timely manner and without delay.

Al Hammadi also pointed out that some families did not disclose their embrace of children, which causes problems and complications in the life of the child, calling on these families to report and follow the legal procedures that guarantee the protection of the child, and his access to his educational and health rights, in accordance with the applicable regulations in the country.

As for the fourth challenge related to the financial difficulties facing some custodial families, Al Hammadi said that they are limited to families that embraced children before the issuance of the law that set conditions and criteria for accepting the custodial family, the most prominent of which is the family’s financial ability to provide care for the child and provide all his needs.

He added that the authority deals with old cases of custodial families suffering from financial need, through two methods, the first relates to those who have a passport issued by another emirate and residing in Dubai, where their status is studied and support is provided to them, according to the entitlement stipulated in the Social Benefits Law, while The other track relates to some cases that reside in other emirates, and some conditions do not apply to them, so they are referred to the Emergency Humanitarian Needs Committee at the emirate level, to study their situation and provide assistance to them.

The Director of the Department of Social Cohesion at the Community Development Authority in Dubai, Dr. Abdulaziz Al Hammadi, confirmed that awareness of the terms and conditions of incubation in accordance with the approved law and regulations has improved in recent years, after taking a set of measures, most notably holding training courses and awareness lectures through the media.

He pointed out that the high rate of awareness appears through the inquiries received by the authority about the incubation system, as it also appeared in the increase in cases that went to the authority to disclose its embrace of children, and its desire to follow the approved legal procedures.