Until September 20: Gunzburg announced the timing of the start of vaccination of adolescents against COVID-19

In Russia, vaccination of adolescents against coronavirus infection should begin before September 20, said the director of the center. Gamalei Alexander Gunzburg. He stressed that recently the number of minors who have COVID-19 disease has increased in a more severe form than before. In addition, the press service of the RDIF denied the Reuters fake regarding Sputnik V, its characteristics and the interaction between the developers of the Russian vaccine and EMA specialists. 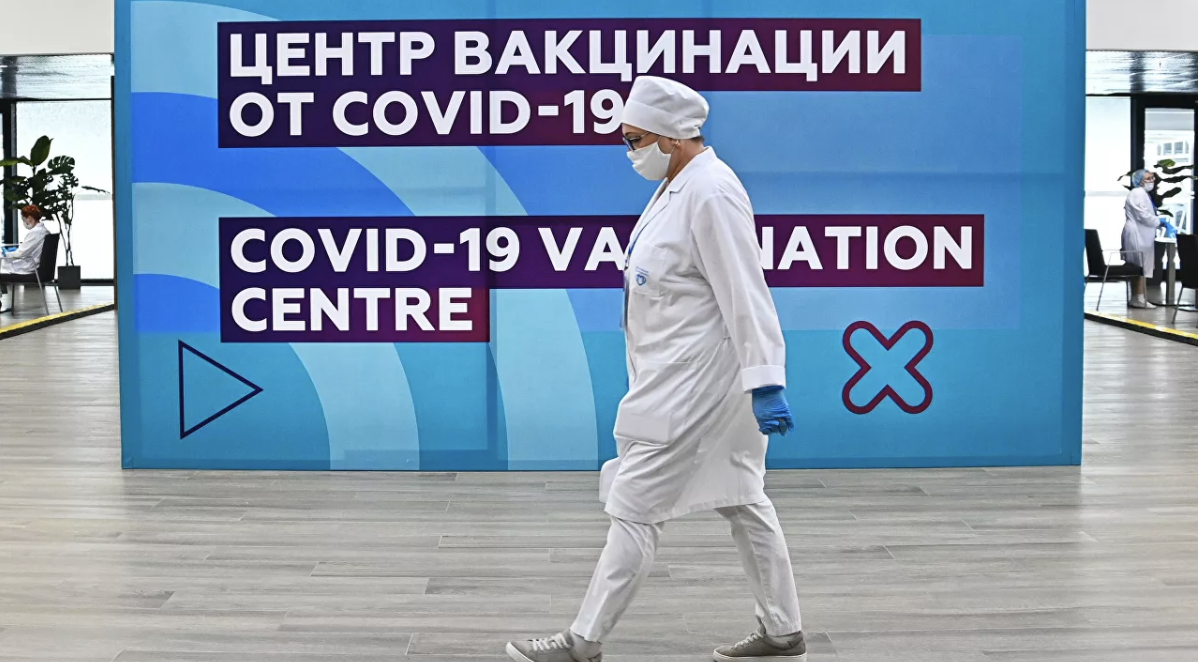 Vaccination of Russian adolescents against coronavirus infection should begin before September 20.

This was announced to RIA Novosti by the director of the National Research Center for Epidemiology and Microbiology named after Honorary Academician N.F. Gamaleya Alexander Gintsburg.

According to him, the number of minors with a more severe course of the disease than before has increased recently.

They need to be protected, he added.

Gunzburg also spoke about the progress of testing the Sputnik V vaccine for adolescents 12-17 years old, which began in Moscow on July 5 on the basis of two hospitals: the

100 adolescents were selected to participate in this study.

“Two children had (temperature) 37. But this is a normal reaction, which means that, excuse me, they do not inject saline, but a vaccine.

If not to measure, then they probably would not have noticed, "- said the specialist.

Also the day before, the Russian Direct Investment Fund made a comment in connection with the publication by Reuters of the material, which said that the developers of the first Russian vaccine against COVID-19 had repeatedly failed to provide the information necessary to approve the drug.

"The article of the Paris office of Reuters on the registration of the Sputnik V vaccine in the EU is based on false comments from anonymous sources and is an example of fake news and a disinformation campaign against the Russian vaccine organized by the Western pharmaceutical lobby," says the RDIF Telegram channel.

It is noted that the article contains gross errors and is misleading about Sputnik V, its characteristics, as well as the interaction of drug developers with specialists from the European Medicines Agency, which RDIF warned Reuters about before publication.

“RDIF continues to work closely with the EMA to register the vaccine in the EU ... As a result of the inspection carried out, the EMA specialists did not identify any critical remarks and provided positive feedback as part of the evaluation of the Sputnik V clinical trial.

RDIF expects that registration of the vaccine by the EMA may occur in the coming months, ”the fund explained.

Director General Kirill Dmitriev said on CNBC TV18 that RDIF expects to receive approval from EMA for the use of Sputnik V in the fall.

The daily increase in cases of coronavirus infection in Russia amounted to 23 827. Moscow (3966), the Moscow region (2469) and St. Petersburg (1942) are still leading in terms of the number of detected cases.

In total, 5,857,002 cases of COVID-19 have been recorded in the Russian Federation since the beginning of the pandemic.

According to the World Health Organization, Russia ranks fourth in the world in terms of the number of cases (more only in the United States, India and Brazil), while, according to Johns Hopkins University, it is fifth, behind France.

Over the past 24 hours, 21,269 people were discharged in Russia, and over the entire period the number of recovered people reached 5,257,483. From complications that developed against the background of COVID-19 and concomitant diseases, 786 patients died in the last 24 hours (the maximum since the beginning of the pandemic), and the total number of deaths reached 145,278.

“Since the active increase in the incidence began in the first ten days of June, we are now gradually moving to a stabilization phase that will last throughout July and, probably, the beginning of August.

And only then, perhaps, it will be possible to talk about a tendency towards the beginning of a decrease in the incidence rate, "- TASS quotes the deputy director for scientific work of the Central Research Institute of Epidemiology of Rospotrebnadzor, Corresponding Member of the Russian Academy of Sciences Alexander Gorelov.

According to the Federal Service for Surveillance on Consumer Rights Protection and Human Wellbeing, over 156.7 million laboratory tests for coronavirus were performed over the entire period of the pandemic, including 442 thousand in the last 24 hours.

As the deputy head of Rospotrebnadzor Elena Yezhlova said on the eve, more than 28.6 million citizens in Russia were vaccinated against coronavirus infection.

Meanwhile, a number of other constituent entities of the Russian Federation have decided to introduce compulsory vaccination for certain categories of citizens.

So, in the Yaroslavl region, by August 4, at least 60% of employees in the spheres of trade, services, catering, transport, education, health care, social protection, housing and communal services, culture, sports, as well as civil servants, must be vaccinated with the first component of the vaccines, the second - until August 31.

At the same time, in the Kostroma region, vaccination of "certain categories of citizens" with the first component should be carried out before August 15, the second - before September 15.

At the same time, Anastasia Rakova, Deputy Mayor of Moscow for Social Development, spoke about the situation with vaccinations in the capital.

“From the very beginning of the pandemic, the social complex has been focused on combating the coronavirus, and our employees know firsthand about the danger of this disease.

In addition, workers of social institutions, teachers and doctors constantly interact with residents and, like no one else, understand how important it is to protect not only themselves, but also those around them from the coronavirus, ”she explained.

In addition, Russian regions continue to make decisions on tightening or easing restrictive measures based on the current epidemiological situation.

So, in Adygea, hotels from July 19 will require a certificate of vaccination against coronavirus or a negative test for COVID-19 from tourists upon check-in.

By the decision of the local headquarters, control over the activities of catering establishments is being strengthened, additional requirements for personnel are being introduced.

In the Amur Region, from July 15, the work of children's playrooms and children's entertainment centers, dance floors and karaoke will be suspended. In public catering, temperature control of visitors is again introduced, Governor Vasily Orlov said. He also appealed to employers, noting that they need to ensure the transfer to remote work or leave for certain categories of employees who have not been vaccinated.

The decision to toughen the restrictions was also made on the territory of six more Crimean municipalities, including resort towns. Special restrictions now apply in 10 of the 25 municipalities of the peninsula. Additional measures are being introduced on the territory of Simferopol, Simferopol region, Yalta, Alushta, Feodosia, Sudak, Dzhankoy, Dzhankoy region, Bakhchisarai and Bakhchisarai region. It is forbidden to hold citywide mass events and provide services on food courts there, except in cases of takeaway or delivery. Amusement rides, water parks and entertainment centers will be closed on Wednesdays and Sundays due to disinfection.