"Taking into account the epidemiological situation in individual countries": Russia will resume flights with France and the Czech Republic

Following the meeting of the Russian headquarters for combating COVID-19, it was decided to resume air traffic with France and the Czech Republic from July 24. It is noted that this became possible taking into account the epidemiological situation. In addition, the number of flights operating on already open routes will increase, in particular, to Austria, Bulgaria, Greece and Croatia. Meanwhile, the head of the Ministry of Health, Mikhail Murashko, answered a number of pressing questions about vaccination. In particular, he spoke about vaccinations for those who have recovered from coronavirus and the reasons for medical withdrawal from vaccination. 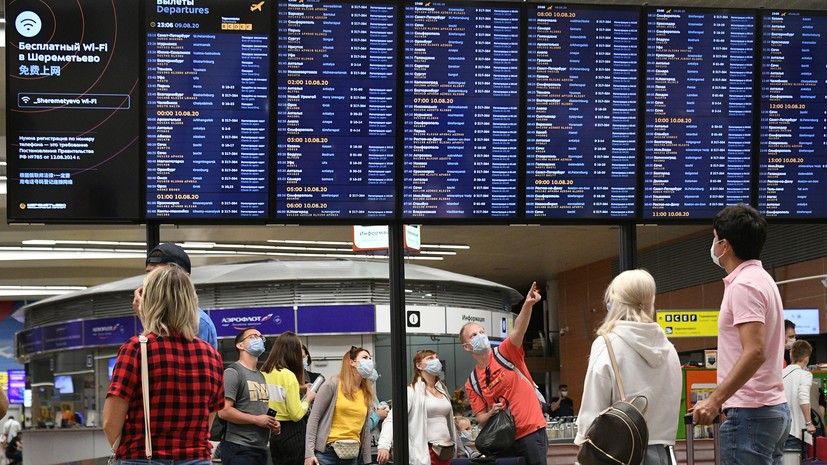 Russia will resume flights with France and the Czech Republic from July 24, the operational headquarters for combating the spread of COVID-19 said.

As stated on the website of the Cabinet of Ministers, the corresponding decision was made "taking into account the epidemic situation in individual countries.

As a result of the meeting of the headquarters under the leadership of Deputy Prime Minister Tatyana Golikova, it was decided to resume regular flights with France on a reciprocal basis from July 24 on the routes Moscow - Paris and Moscow - Nice with a frequency of four flights a week on each route, as well as on the routes St. Petersburg - Paris and St. Petersburg - Nice with a frequency of two flights per week on each route.

Russia also resumes flights with the Czech Republic on the Moscow - Prague route with a frequency of four flights a week.

The Association of Tour Operators of Russia (ATOR) stressed that in a number of destinations it is not yet a question of resuming tourist trips, since visas of the corresponding type are not issued.

“If we talk about the opening of regular flights to Nice and Prague, these are flights for special categories of citizens.

Who has citizenship, residency, student or work visa, medical purposes, or family reunification.

For tourism to the Czech Republic and France, it is not yet possible to plan a trip, since tourist visas are not issued, "ATOR vice president Dmitry Gorin said in an interview with RT.

According to him, the most important tourist destinations, on which the headquarters also made a decision, are now Bulgaria, Greece and Croatia.

“It is also good that the number of flights from Moscow to Greek Thessaloniki has increased to seven per week.

Well, in addition, five flights on the route Moscow - Split - Dubrovnik are also tourist destinations, "the interlocutor of RT concluded.

Also on russian.rt.com Charter permit: Putin canceled the decree banning flights to the resorts of Egypt

We add that at the meeting of the headquarters, the possibility of resuming flights with the Egyptian resorts of Hurghada and Sharm el-Sheikh was also discussed.

Recall that on July 8, Vladimir Putin lifted the ban on flights to Egyptian resorts that had been in effect since 2015.

The head of Rospotrebnadzor, Anna Popova, held talks via videoconference with the Egyptian delegation headed by the Minister of Antiquities and Tourism of Egypt Khaled Al-Anani.

"To ensure the protection of the health of Russian tourists, an agreement has been reached on sending a Russian delegation to Egypt to assess the epidemiological situation, preventive measures in places where tourists are accommodated, the capabilities of laboratories and medical institutions," the government's website says.

The decision on the possibility of resuming flights is planned to be made following the visit of the Russian delegation to Egypt.

The head of the Ministry of Health, Mikhail Murashko, recalled that it is also necessary to get vaccinated against coronavirus infection for those who have already been ill.

He said that during an epidemic, in order to increase the effectiveness of the fight, including with new strains of coronavirus, it is recommended to be vaccinated after six months.

“This recommendation applies to both those who were previously vaccinated and those who have been ill.

After reaching collective immunity in our country, it will be enough to do the vaccination on a scheduled basis once a year, ”the minister said in an interview with RIA Novosti.

Murashko stressed that current practice demonstrates the ability of vaccines to protect against severe complications of coronavirus.

He also spoke about the number of cases after vaccinations.

"After vaccination, no more than 2.5% of citizens fell ill, most of them during the formation of immunity, which lasts two to three weeks after the second vaccination, depending on the vaccine," the minister said.

However, he added that some people have objective reasons not to get vaccinated.

“If a person has a hypersensitivity to any component of a vaccine or a vaccine containing similar components, if there is a history of severe allergic reactions (anaphylactic shock, Quincke's edema),” the minister said.

He added that if a patient has acute infectious and non-infectious diseases, exacerbation of chronic diseases, then vaccination should be carried out approximately two to four weeks after recovery or remission.

According to Murashko, if a patient has medical contraindications for vaccination against coronavirus, then he is more vulnerable to infection.