"It's nice to see France like that": the parade of July 14 has found its audience

The July 14 parade has made a comeback in its original form, to the delight of spectators. The soldiers and police marched, under the eye of Emmanuel Macron, for a ceremony marked by the health crisis. Europe 1 was on site, in the presidential gallery and with the public, for this moment of unity. 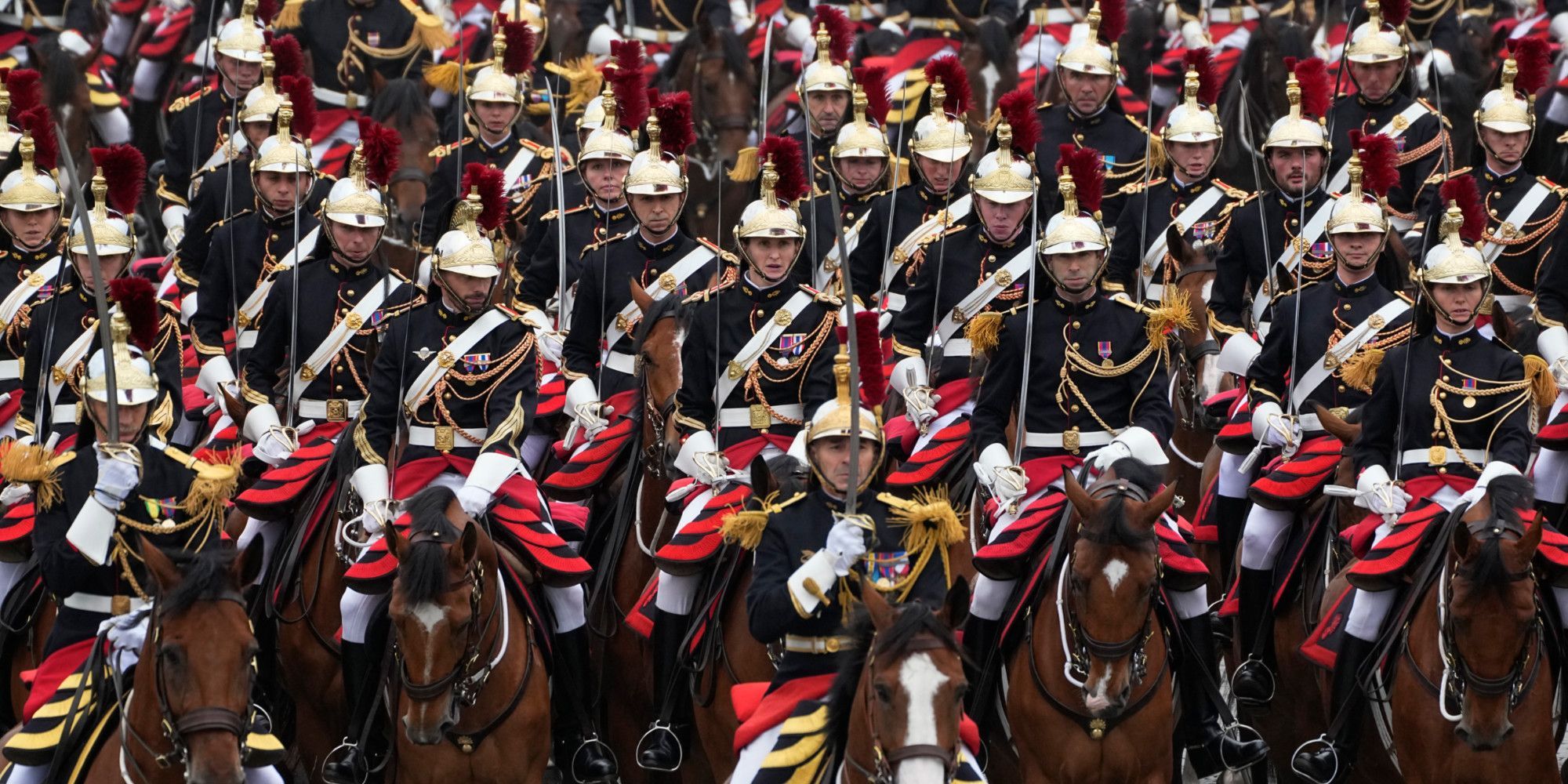 The July 14 parade has made a comeback in its original form, to the delight of spectators.

The soldiers and police marched, under the eye of Emmanuel Macron, for a ceremony marked by the health crisis.

Europe 1 was on site, in the presidential gallery and with the public, for this moment of unity.

It is a welcome moment of unity after so many trials.

The July 14 military parade was held this Wednesday in Paris, with the theme "Winning the future".

A special moment for Emmanuel Macron because it is the last of his five-year term.

He followed the ceremony from the presidential platform at Place de la Concorde, accompanied by his wife Brigitte Macron and the government.

The moment was also marked by the Covid-19 health crisis.

Last year, the parade was replaced by a static ceremony, without spectators.

This year it has regained its original form.

The objective was to show the will to overcome the difficulties linked to the health crisis.

Hervé Grandjean, spokesperson for the Ministry of the Armed Forces, also salutes the tribute paid to the engagement of these soldiers in this context.

The 2021 edition thus marked the return of troops, flags and armored vehicles to the Champs-Elysées: 5,000 participants, 73 planes, 24 helicopters, 221 vehicles and 200 horses of the Republican Guard participated in the parade.

Fervor was at the rendezvous in the crowd gathered against the barriers on the edge of the avenue.

Families were present to observe their loved ones in the ranks of the military and police.

Just like this Norman family who was waiting to see the non-commissioned officers of the national gendarmerie pass.

"He's my son," Nicole exclaims, moved, recognizing her boy in the third row.

"It is a source of pride. He succeeded in carrying out his project to the end. So we can only be satisfied and proud."

The parade of July 14, a unique moment for this CRS father and his apprentice police son

An emotion that is worth all the health constraints.

Indeed, the controls were very strict to approach the parade.

The sanitary pass was compulsory for spectators and they had to wear a mask.

No problem for Jacques, who wanted his 12-year-old son to find out for real on July 14.

"It's beautiful, it's been 25 years since I last came. And it's the first time that I come with my son, it's great."

If his son fell in love with the parade of armored vehicles, it was the Patrouille de France and its tricolor smoke train that won the applause.