So far this year, 39 shootings have occurred in Malmö. Eleven people have died and 15 have been injured. Throughout 2017, a total of ten people were shot dead. 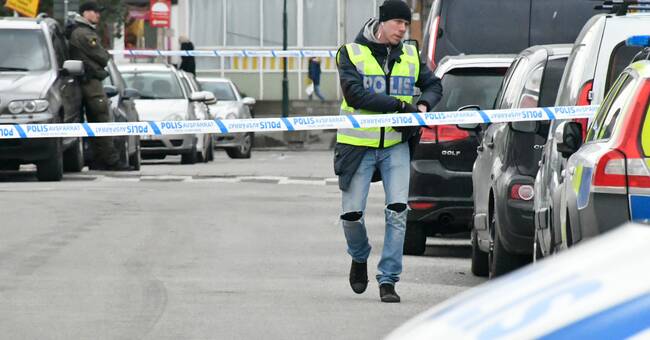 His brother was shot dead a few months earlier, the third brother was also shot but survived thanks to a bulletproof vest.

- January 19, shooting at two apartments in the two districts.

One person was slightly injured and taken to hospital.

- January 20, a man in his 20s is taken to hospital with minor gunshot wounds.

- February 2, a man in his 30s was shot and taken to hospital, where he later died of his injuries.

- March 26, a 21-year-old man is shot in the leg when someone shoots into an apartment.

- March 26, another shooting at an apartment full of people, no one is injured.

- March 29, someone shoots at the apartment again, but this time no one is injured.

He was hit by several shots and taken to hospital, but his life could not be saved.

He is taken to hospital with minor injuries.

Three people die from their injuries, one is seriously injured and two are slightly injured.

- On June 23, a 19-year-old enters the hospital after being shot in the back.

The man was wearing a safety vest and should therefore not have been injured.

The police do not know where in Malmö the man was shot.

A gunshot wounded man in his 20s is found at the scene.

- At 15.10 on Tuesday 3 July, there will be an alarm about a new shooting near Nydalatorget.

A 24-year-old dies and a 29-year-old received life-threatening injuries.

Shooting in an apartment in an attempted robbery.

Police suspect that the man was accidentally shot by a dangerous shot.

July 24, at 3 pm, the police are alerted to Eriksfältsgatan after several shots were fired at an apartment door.

A woman with two teenage daughters was in the apartment but was not injured.

A girl was taken to hospital for the shock.

July 25, just after midnight, just hours after the shooting on Eriksfältsgatan, the police are sent to an address in Nydala.

Shots had also been fired at an apartment door and a woman with two children was in the home.

- 9 August: A man is shot in a shooting on Kronetorpsgatan.

- August 18: Shots are fired at a nightclub on Stortorget in Malmö.

No person is injured.

The man is not injured.

- November 3: A taxi driver is shot in his car.

The driver stops a police patrol himself.

- November 8: Young man shot - shot in the back not seriously injured, the police said later.

- November 8: Shots fired at an apartment in Malmö - are investigated as illegal threats to several people in the home but no one is injured.

- November 8: Another shooting in Malmö - shot at apartment shot in stairwell no one injured

- November 17: Shooting at Rosengård in Malmö

- November 28: Shot against a taxi in Malmö

- December 3: Shooting after a fight at the emergency room in Malmö

- December 7: Shot against a home in Malmö - suspected attempted murder

- December 8: Shooting at Fridhemstorget in Malmö

This article was last updated on 21 December