Russian Analyst: Increasing Cooperation of Russia and China in Confronting the “Alliance of Democracies”

Opinions differed about the results of the meeting between US Presidents Joe Biden and Russian Vladimir Putin in Geneva recently, but Russian political analyst Andranik Migranyan, director of the Institute for Democracy and Cooperation in New York, a non-governmental organization funded by Russian donors, believes that for 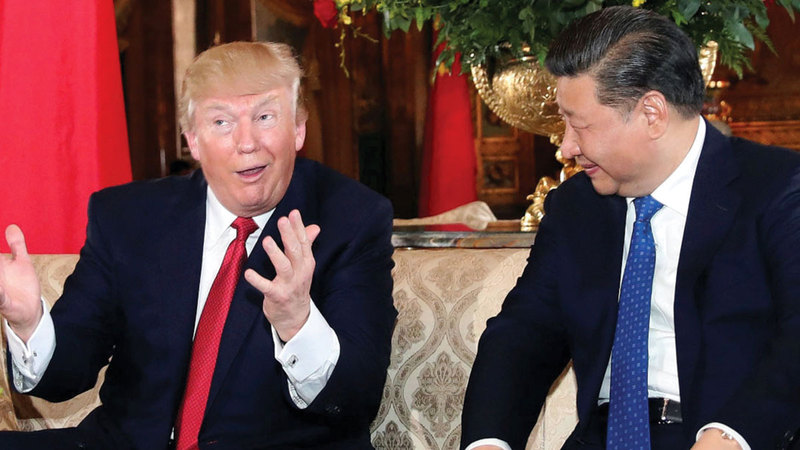 Russian Analyst: Increasing Cooperation of Russia and China in Confronting the “Alliance of Democracies”

Opinions differed about the results of the meeting between US Presidents Joe Biden and Russian Vladimir Putin in Geneva recently, but Russian political analyst Andranik Migranyan, director of the Institute for Democracy and Cooperation in New York, a non-governmental organization funded by Russian donors, believes that for Moscow the meeting was not Not only important, but also constructive.

Migranyan says in a report published by the American magazine "National Interest", that the personal meeting of the two presidents contributed to the success of their relations, and in some way ended the tension that prevailed after Biden described Putin as a "killer", and this was evident in the two presidents avoiding making any negative statements after the meeting. offend either of them.

Migranyan, a professor at the Moscow Institute of International Relations run by the Russian Foreign Ministry, adds that though, the meeting is not likely to have a significant impact on the nature of US-Russian relations.

Russia has always declared that it has never interfered in US elections, and has not attempted to carry out cyber-attacks against US targets. With regard to human rights, Moscow believes that this is an internal matter, and it is better for the United States to protect human rights in its country.

After the Geneva meeting, Putin made it clear repeatedly that the red lines that had been drawn for Russia touched its existence, and no pressure from the United States and the European Union, nor any sanctions, would compel Russia to abandon them without concessions on both sides.

Migranyan said that although the "China issue" was not discussed separately in the Biden-Putin meeting, the issue of China and relations in the Russian-Chinese-US triangle was largely unresolved in Geneva.

Before and after the meeting, there were many statements from American and Russian politicians, stating that there is great concern in the United States, and the West as a whole, about Russia’s rapprochement with China, and that there is a need for the Americans to do something to ensure that Russia does not eventually fall into “the arms of Russia.” » China.

The idea that China is the main enemy of the United States dates back mainly to former US President Donald Trump, Trump wanted to improve relations with Russia to help curb the rise of China, and it is clear that Biden's agenda includes many of Trump's previous policy items, and in fact Biden canceled Significant sanctions against the Nord Stream 2 gas pipeline project. It seems that the United States and Europe have begun to realize that with their wrong and counterproductive sanctions and pressure on Russia, they obstructed Moscow's move, leaving it no choice but to increase rapprochement with China.

Migranyan says Washington and Brussels understand that it is necessary to try to separate Russia from China, which is a very difficult task, but he believes that Western countries will try to present Russia with a set of proposals, to convince it that any too close alliance with China will not be beneficial to it in the long run.

Although the demonization of Russia and Putin in the West has reached a level where for them it will be extremely difficult to change the already established course, it is likely that they will still try to change it. It will also be difficult for Russia, because there are so many red lines between Russia and the West that the West is not yet willing to accept and respect them.

It would be a good idea to strengthen Russian-Chinese economic relations to a qualitatively different level, corresponding to the level of military-political relations between Russia and China. This will require the implementation of several major projects, with the active participation of Chinese investors in Russia, in areas in which a lot has already been done: energy, infrastructure, banking, advanced technology, and aviation, but they are not large, and Russia has implemented at its own expense several important projects related to pipeline construction. Gas, infrastructure for supplying other means of energy transmission, and in Russia, in particular, there is not a single large project undertaken by China, and there are no large investments.

Migranyan explained that China is currently investing a lot in Africa, Latin America and many Southeast Asian countries, and this is very useful and important for China, but from a strategic and economic point of view, investments in the economy, infrastructure, scientific and technological sectors in Russia can be of great value. Too much for both Russia and China, they will leave no argument for anti-Chinese experts in Russia, Western politicians and strategists, who want to separate Russia from China.

Russia has no options

By forming an alliance of democratic states against authoritarian states, especially China and Russia, Washington and Brussels must realize that they will leave Russia no choice but to cooperate more closely with China.

And if a cold war has already begun between China and the United States, as many analysts point out, it may last longer than the original Cold War between Washington and Moscow.

And in the looming global confrontation, which could last for many decades (given the close parity of military and economic power of the United States and China), it would be strange if China's leadership suddenly decided to turn an important and valuable partner and ally like Russia into an enemy.

The United States, and the West as a whole, is deeply concerned about Russia's rapprochement with China, and that the Americans need to do something to ensure that Russia does not end up falling into China's "lap".

The idea that China is the main enemy of the United States is rooted mainly in Trump. Trump wanted to improve relations with Russia to help curb the rise of China, and it is clear that Biden's agenda includes many of Trump's previous policy items.