The G20 Finances scrutinizes the taxation of multinationals - France 24

The G20 Finances scrutinizes the taxation of multinationals Venice (AFP) The G20 Finances opens Friday in Venice, with at the top of the agenda the reform of the taxation of multinationals, which aims to put an end to tax havens and tax dumping by establishing a global tax of at least 15% on profits. Under the Italian presidency, the big money managers of the nineteen richest countries in the world and of the European Union are meeting face to face for t 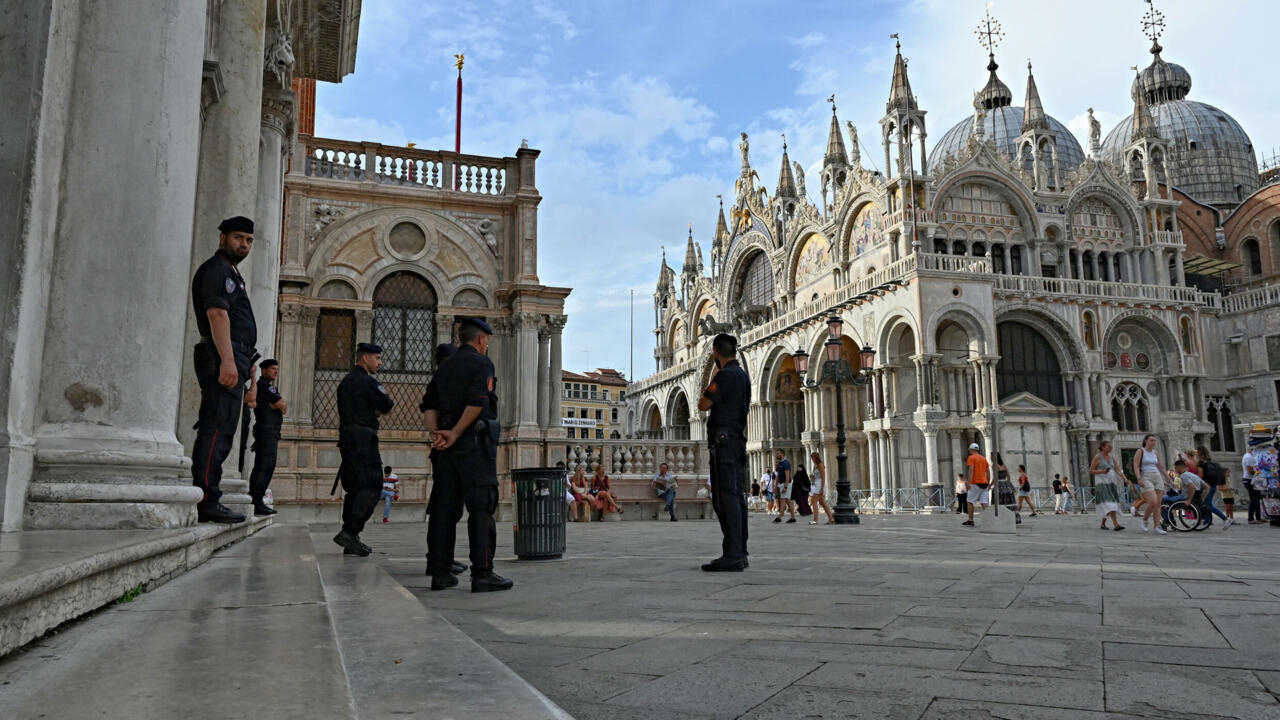 The G20 Finances opens Friday in Venice, with at the top of the agenda the reform of the taxation of multinationals, which aims to put an end to tax havens and tax dumping by establishing a global tax of at least 15% on profits.

Under the Italian presidency, the big money managers of the nineteen richest countries in the world and of the European Union are meeting face to face for the first time since their meeting in February 2020 in Riyadh, at the very beginning of the coronavirus pandemic.

The Arsenal district where the meeting takes place has been cordoned off: to access it, you have to show your footing to the filter dams.

The G20 countries have already all adhered to the general framework of reform under the aegis of the Organization for Development and Economic Cooperation (OECD) on July 1, but they must now post "a political agreement" to endorse it .

According to a draft press release still under discussion in Venice and obtained by AFP, the G20 finance ministers should "approve" this "historic" agreement on a more stable and fairer international tax architecture.

Negotiated for years, this reform focuses on two pillars: the establishment of a global minimum rate and a system aimed at distributing tax on multinationals more fairly according to the profits made in each country, regardless of their establishment. tax.

This last section mainly concerns the internet giants, the famous Gafa (Google, Amazon, Facebook and Apple), inclined to practice tax optimization by establishing their headquarters where taxation is lowest.

Ministers are also expected to make an appeal to recalcitrant countries, the declaration having been signed so far by 131 of the 139 members of the so-called "inclusive framework" working group of the OECD which brings together advanced and emerging countries.

Missing are Ireland, Hungary, Estonia, Nigeria, Kenya, Sri Lanka, Barbados and Saint Vincent and the Grenadines which all have low tax rates to attract multinationals.

A first agreement at the G7 in early June in London had given a boost to the negotiations, bogged down during the presidency of Donald Trump and revived by the arrival of Joe Biden at the White House.

British Finance Minister Rishi Sunak, whose country chairs the G7, on Friday called on his G20 counterparts to "mobilize" and "ensure that the final details of the deal are settled by October".

Several countries, including the United States and Germany, are in favor of a rate higher than 15% but they have few illusions: "we must be realistic, other nations are already having trouble with this rate" therefore a priori it should remain unchanged, said a German government official.

But is this really the end of tax havens?

Some experts like Giuliano Noci, professor of strategy at the Polytechnic of Milan, remain skeptical.

"The rates set by different countries can always vary significantly, and tax optimization will therefore remain at the heart of the strategy of technology giants and other multinationals," he told AFP.

The G20 should also support the initiative of the International Monetary Fund (IMF) to increase aid to the most vulnerable countries, in the form of a new issue of Special Drawing Rights (SDRs) in the amount of 650 billions of dollars.

This increase in reserves, "the highest in the history" of the IMF, "is a breath of fresh air for the world," said its Managing Director, Kristalina Georgieva.

It should be effective by the end of August.

G7 leaders announced at their summit in June that they wanted to mobilize $ 100 billion from this issue to help underprivileged countries, especially in Africa, to bounce back from the pandemic.

According to the draft press release, the G20 calls for "contributions from all countries in a position to do so to achieve an ambitious goal in favor of vulnerable countries", without however setting an amount.

A moratorium on the payment of interest on the debt of the poorest countries was decided by the G20 in April 2020 and extended at the last meeting in April 2021 until the end of the year.

In November 2020, a new step was taken with the adoption by the G20 of a "common framework" to reduce the debt burden.

Since then, Chad, Ethiopia and Zambia have requested a restructuring of their debts.