Climate and taxes are the challenges of the G20 in Venice. Le Maire talks about a great summit in which the agreement on the taxation of multinationals represents a fiscal revolution 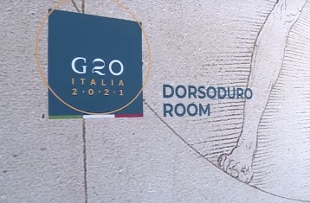 10 July 2021The summit of the finance ministers and central bank governors of the G20 continues in Venice, which wants to give the green light to the agreement on the taxation of multinationals. The other big issue is the pandemics which, for an adequate response, require a financial commitment of 75 billion dollars, assess the major participants in the summit. The other big issue is climate change.

on the sidelines of the G20 Finance, at Skytg24, he asserted: "The Italian presidency was very strong and effective. It led the meeting and helped a lot to get to where we are, close to an agreement. We discussed how to deal with climate change, how to help poor countries to buy vaccine doses and the big issue of this meeting which is the global minimum tax. It was very helpful to see the Italian presidency work hard to the last to ensure that this would happen ".

The French Minister of Economy,

, on the sidelines of the G20 of Finance, he wanted to thank the Italian Finance Minister Daniele Franco saying: "" It was a great G20, in the name of closeness and I really want to thank my friend Daniele "Franco, the Minister of Economy" for how the Italian presidency has organized this opportune and fruitful G20 "." We are acting "and on the international taxation of multinationals, already approved by 131 countries as part of the OECD negotiations, we will put behind us the" race to the bottom "of In the past decades.

Meanwhile, peaceful demonstrations without marches continue in an orderly manner, organized in the Zattere area where activists glued themselves to the gates of the Venice Arsenal, on the border of the red zone set up for the G20 to protest the model

represented by the G20.