Corona .. Pfizer is heading to offer a third dose and Libya closes the border with Tunisia and extends the emergency in Morocco

In the coming weeks, the Pfizer-BioNTech alliance is heading to request a permit to administer a third dose of its anti-Covid-19 vaccine, while the Tunisian Ministry of Health announced the collapse of the country's health system. 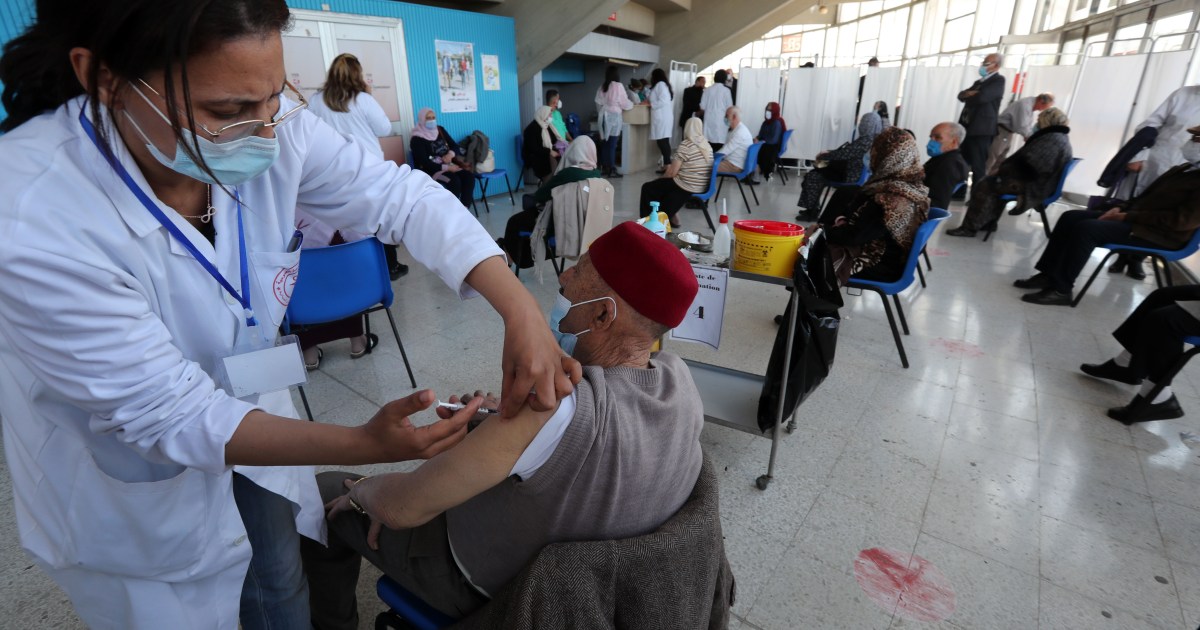 In the coming weeks, the Pfizer-BioNTech alliance is heading to request a permit to administer a third dose of its anti-Covid-19 vaccine, while the Tunisian Ministry of Health announced the collapse of the country's health system, in light of the widespread outbreak of the Corona virus.

The companies Pfizer and Biotech said, in a statement, that they had noticed that there were encouraging results for the ongoing experiments on a third dose of the current vaccine.

They added that they were "inclined to provide this data to the US Food and Drug Administration, the European Medicines Agency and other regulatory authorities in the coming weeks."

This dose is intended to provide enhanced immune protection for people who received the first two doses.

And the two companies’ statement continued, “The preliminary data for the study show that an immunization dose given 6 months after the second dose” provides “high levels of antibodies” to the virus, including against the “beta” mutant that appeared in South Africa, noting that these levels are “higher.” 5 to 10 times" of those seen after the first two doses.

They also pointed out that their vaccine showed good results in the laboratory against the "delta" mutant, and therefore a third dose would be able to enhance immunity against this mutant as well, and said that there are ongoing tests to "confirm this hypothesis."

For their part, the US Food and Drug Administration and the Centers for Disease Prevention and Control issued a joint statement Thursday evening, in which they said that they are studying whether "there is a need or not" for a third dose of the vaccine.

They added that Americans who have received the full vaccination do not need a (third) booster dose at the present time, and confirmed that they are ready to give booster doses, if science shows that they are needed.

In the context of vaccines, Cuba said yesterday, Thursday, that its “Soberana 02” vaccine, which is taken in two doses with a booster vaccine called “Soberana Plus”, has proven effective against the Corona virus by 91.2% in the last stages of clinical trials, after similar news. About her vaccine, which bears the name Abdullah.

Cuba's biotechnology sector has a long history of vaccine development, producing 80% of the vaccines used in the country, and some of them are exported.

Communist-ruled Cuba is the first country in Latin America and the Caribbean to successfully develop a vaccine against the coronavirus.

Libya closes its border with Tunisia

Yesterday, Thursday, the spokesman for the Government of National Unity in Libya, Mohamed Hammouda, announced the closure of the border with Tunisia for a week due to the high number of coronavirus cases in the neighboring country.

The decision came as a precautionary step for what the government described as "the exacerbation of the epidemiological situation in the State of Tunisia and the increase in the rate of infections with the Indian delta virus."

The Tunisian Ministry of Health announced the collapse of the country's health system, in light of the widespread outbreak of the Corona virus.

For days, Tunisia has been witnessing a widespread outbreak, as it recorded, on Wednesday, 134 deaths and 9,823 cases of the virus, the highest daily toll.

"Unfortunately, the health system has collapsed and we are currently finding it difficult to find a bed for a patient in hospitals," she added.

In Morocco, yesterday, Thursday, the government extended the state of health emergency for an additional month to confront the outbreak of the Corona virus.

On December 21, the government announced the imposition of a health emergency for a period of 3 weeks, to prevent the spread of Corona, and since that time the decision has been extended before its deadline.

The last government extension decision was supposed to expire on July 10.

South Korea will tighten anti-coronavirus restrictions starting next Monday in Seoul and its neighboring regions, with concern growing as a record number of new COVID-19 infections were recorded nationwide for the second day in a row.

South Korea recorded 1,316 new infections with the Corona virus during the 24 hours until midnight Thursday, up from the previous record level recorded on Wednesday of 1,275.

But a senior health official warned on Thursday that the numbers could nearly double by the end of July, and Prime Minister Kim Bo-kyeom announced in a televised government meeting the tightening of restrictions for two weeks.

In Japan, the Tokyo Olympics organizers said yesterday, Thursday, that the games will be held without fans between July 23 and August 8 in the host city of Tokyo, after Japan declared a state of emergency in the capital that will continue throughout the Olympic period to combat the epidemic.

Sports federations expressed their disappointment with the decision to ban fans, but they expressed their understanding of Japan's need to take strict measures to combat the Corona pandemic.