This is how Sweden's king became the world's most popular meme

Say "meme" and many people think of grimacing babies, Shiba dogs or grumpy cats. But, now there is a new king on the meme throne, and he is literally king: HM King Carl XVI Gustaf of Sweden. 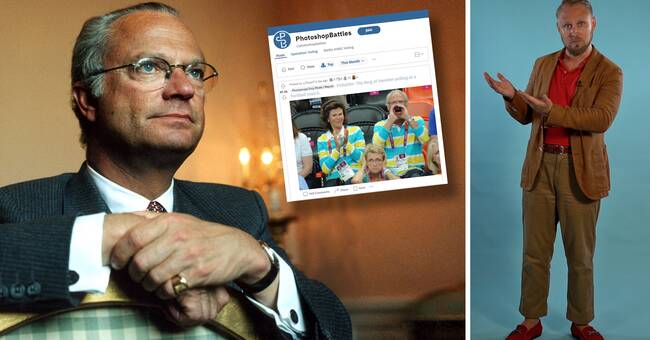 17.2 million users of the site Reddits "Photoshop battles" have spoken.

On the site, there is a type of constant voting, with "upvotes" and "downvotes" - a form of thumbs up and thumbs down - on the posts and pictures that users like or dislike.

And the picture that received almost 50,000 votes, and then ended up at the top of the month, is a picture depicting a shouting King Carl Gustaf.

It is a popularity rating that gives the blue-yellow image a claim to the world top as good as any.

The photo was taken in connection with the Olympic Games in 2012, and has been shared outside Sweden on several occasions over the years.

But it was a publication on June 30 this year that gave the image viral rocket speed against the sparkling roof of the meme sky.

See the royal image - and several examples of how it has been "memeified" - in the video above!