Thailand: Buddhism enters the digital art market Bangkok (AFP) Worn in Thailand around the neck or hung from the rearview mirror, the amulets, these lucky Buddhist pendants, are now on sale in digital form thanks to blockchain technology, which guarantees their authenticity. The market for non-fungible tokens (NFTs), these virtual images that range from simple memes found on interns to works by renowned artists, has taken over the art world in 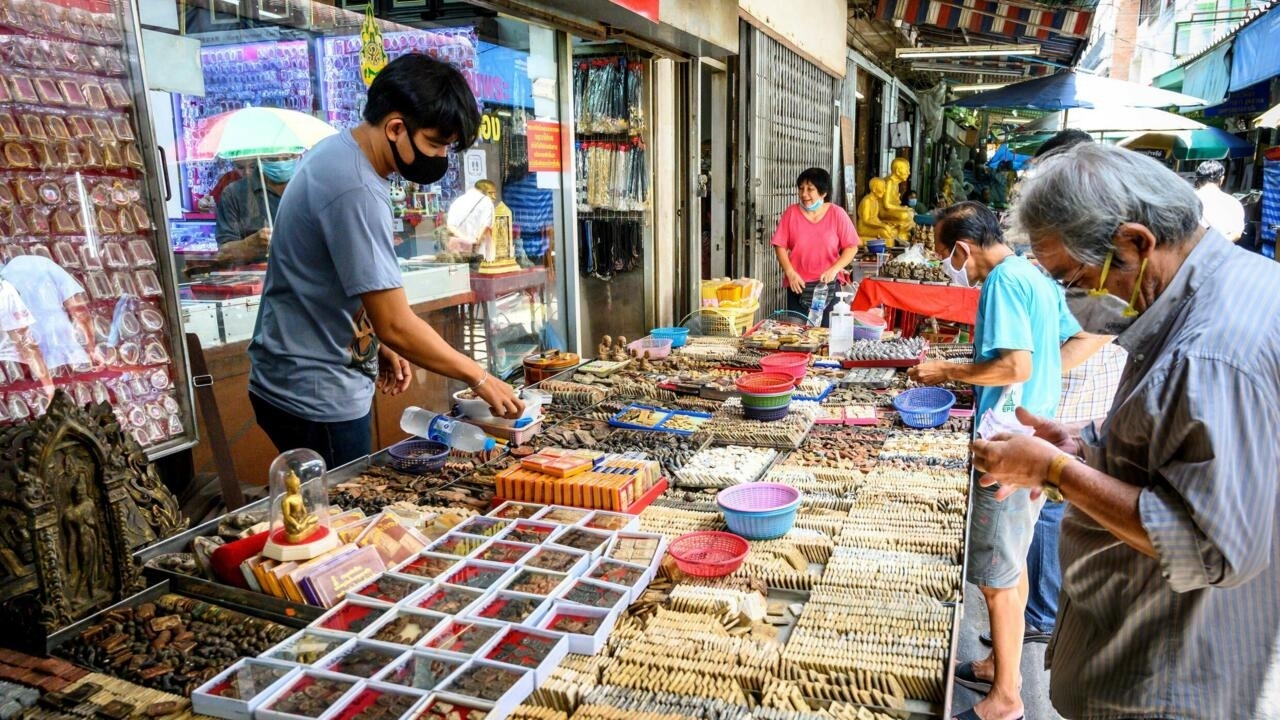 Worn in Thailand around the neck or hung from the rearview mirror, the amulets, these lucky Buddhist pendants, are now on sale in digital form thanks to blockchain technology, which guarantees their authenticity.

The market for non-fungible tokens (NFTs), these virtual images that range from simple memes found on interns to works by renowned artists, has taken over the art world in recent months, with some digital pieces selling for several million. dollars at auction.

Ekkephong Khemthong decided to apply this trend to Buddhism by taking advantage of the passion of Thais for objects blessed by monks they worship.

"I am an amulet collector and I was thinking about how I could make amulets known to foreigners and to the whole world," the founder of "Cruptoamulets" told AFP.

Collecting religious statuettes or trinkets is an extremely popular pastime in predominantly Buddhist Thailand, where the capital Bangkok has a market dedicated to these kaleidoscopic colored objects believed to protect spirits and bring good luck.

Their value can reach thousands of dollars if they have been blessed by a famous monk.

For his digital amulets, Ekkapong appealed to a religious figure from the northeast of the country, Luang Pu Heng who blessed his virtual objects in a ceremony as traditional as for real amulets.

"I respect this monk and I would like the whole world to know him. He is a symbol of good luck in business," says Ekkapong.

The old man sprinkled his own face with holy water as his saffron robed disciples sang and scattered yellow petals on the altar where the portraits were set.

At 95, the monk did not immediately understand what a crypto-amulet was.

Advantage of crypto-amulets, according to him, they are tamper-proof unlike traditional amulets sold in the markets.

"There are so many mass-produced amulets ... Traceability is not guaranteed and these physical items can be easily counterfeited," says Daye Chan.

NFTs use blockchain technology, which keeps track of all transactions made since the creation of the digital object.

“For our amulet, even a hundred years later, we will still be able to verify the history and ensure the authenticity thanks to the blockchain,” Chan said.

The purchase is made online on a dedicated site where you can choose "luck", "wealth" or "fortune" amulets at prices, displayed in Ethereum, a cryptocurrency, which range from 45 and 1,800 dollars .

Among them, Theerapong Lertsongkram, a chief living in Sweden, a great follower of the objects blessed by the old monk Luang Pu Heng.

"I have had several lucky experiences, like winning small lottery prizes ... or being promoted at my job," he told AFP.

"I didn't know anything about NFT before, but I decided to go for it because I respect Luang Pu Heng a lot," he added.

But another collector, Wasan Sukjit, who adorns the interior of his taxi with rare amulets, has a harder time with the concept.

“Amulets have to be something physical that people can hold in their hands,” he scoffs.

"I prefer the ones that I can hang around my neck."