[NHK] On the 8th, the number of people infected with the new coronavirus in Korea exceeded 1,300 for the first time, the highest number ever. The Korean government is infected ... 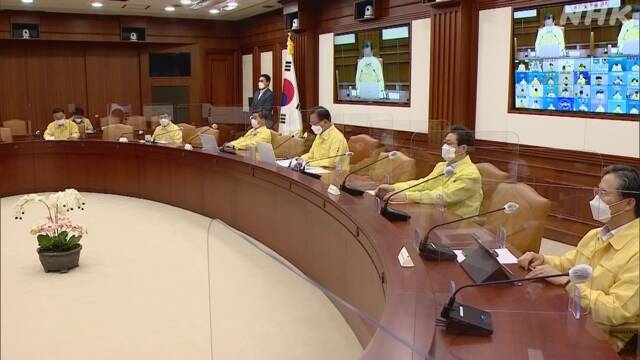 In South Korea, the number of people infected with the new coronavirus per day exceeded 1,300 for the first time on the 8th, the highest number ever.

The South Korean government has decided to take strict measures such as raising the level of regulatory measures to the highest level and limiting private meetings at night to two people in the metropolitan area such as Seoul where infection is concentrated. It was.

In South Korea, the delta strain of the mutant virus confirmed in India is spreading, and on the 8th, the number of infected people per day was 1316, exceeding 1,300 for the first time, setting a new record high following the previous day.

By region, the capital Seoul has 503 people and the adjacent Gyeonggi Province has 405 people, and 75% of infected people are concentrated in the metropolitan area.

In response to this situation, the South Korean government has decided to make the metropolitan area the fourth highest level of newly introduced regulatory measures for two weeks from the 12th of this month.

As a result, private meetings such as dinners will be limited to 4 people during the day, 2 people after 6 pm, and meetings will be prohibited.

In addition, only relatives can attend weddings and funerals, and sports are performed without spectators.

In South Korea, regulations were scheduled to be relaxed from this month, but in the metropolitan area, regulations will be tightened, and Prime Minister Kim Bu-gyeom said, "It is the biggest crisis. I decided that the only answer was to take good actions. I want you to endure for a while in order to regain your perfect daily life. "