Repatriations from al-Hol have continued despite the corona: this is how operations have progressed - preliminary investigations into returned mothers have not been completed

KRP's preliminary studies of mothers returning from camps have not been completed. According to the Ministry for Foreign Affairs, the al-Hol refugee camp in north-eastern Syria still has less than 15 Finnish children and 5-6 Finnish mothers. The ministry does not want to disclose more detailed information to the public for privacy reasons, although according to Jussi Tanner, the special representative of the Foreign Ministry leading the operation, it is known to the ministry. A 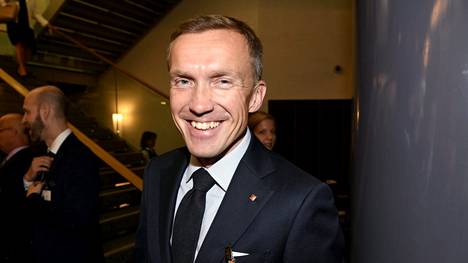 According to the Ministry for Foreign Affairs, the al-Hol refugee camp in north-eastern Syria still has less than 15 Finnish children and 5-6 Finnish mothers.

The ministry does not want to disclose more detailed information to the public for privacy reasons, although according to Jussi Tanner, the special representative of the Foreign Ministry leading the operation, it is known to the ministry.

Al-Hol's Finns are in the foreign part of the camp, Annex.

About 20 Finnish children and six mothers have already been repatriated from the camps.

The last repatriation took place in December 2020, when the Ministry for Foreign Affairs, in co-operation with the German authorities, repatriated six Finnish children and two mothers.

The Central Criminal Police is also involved in the process, as it finds out the status of each returnee individually.

The KRP launched a preliminary investigation of returnees to assess whether returnees have reason to suspect crimes.

Ilta-Sanomat is told about KRP's communications that the preliminary studies that have been started are still in progress.

Finland is also constantly working to repatriate the remaining Finns.

Foreign Minister Pekka Haavisto (Green) participated in the international meeting of the anti-Isis coalition in Rome on 28 June.

Another of the hosts of the meeting, the US Secretary of State Anthony Blinken, mentioned the work done by Finland in his speech.

In his speeches, Blinken called on all countries to actively repatriate their citizens to the camps.

Tanner admits that Korona has made planning and logistics more difficult, but did not stop the work.

Since these are life-saving missions, interest rate restrictions at state borders, for example, did not paralyze work.

However, the operations will not proceed at the pace that Finland or many others want in the West.

The problem is the Kurdish regime, which has not been as cooperative as initially hoped.

- The view of the Kurdish administration has been that they do not even hand over children to their mothers for repatriation, except in exceptional cases.

The negotiation situation has been really difficult and we have sometimes had to take a little backwards in the negotiations.

Jussi Tanner was photographed at the annual meeting of the Finnish ambassadors to foreign missions in Helsinki in 2018. Photo: Martti Kainulainen

Another problem with the Kurdish regime is that it lacks accurate information, especially about those in the al-Hol alien camp.

Attempts have been made to make a comprehensive personal register in the camps, without success.

The Ministry for Foreign Affairs has also obtained information about Finns in the camp along other routes.

- We have a reasonable understanding of Finns.

Admittedly, the fact that people cannot be found is not their ultimate reason for their reluctance to hand them over for repatriation, Tanner says.

Tanner is particularly concerned about the situation of children.

He estimated that it would be in everyone’s interest, including from a safety standpoint, to get the children out of the camps as soon as possible.

- They have soon been in conditions that are undeniably very harmful to children and children's development for two and a half years.

The camp conditions are challenging, especially in the summer, from the point of view of children's well-being.

The temperature rises above 40 degrees, and the night temperature does not always fall below 25 degrees.

There is no escape from the heat in the tent villages.

Conditions are conducive to the spread of intestinal diseases, of which, for example, diarrhea can be life-threatening for a child.

Doctors estimate that most of the children in the camps are malnourished, Tanner says.

There are not always guarantees of access to water, as the al-Hol water utility is located on a strip of land in Syria taken over by Turkey in 2019.

Tanner is particularly concerned about the well-being of children at the camp.

Not only are conditions poor from a health standpoint, the camping environment can also be radicalized.

The security situation in the camps has deteriorated again, Tanner says.

Since the beginning of the year, there have been about 70 homicides in the camps.

Assassinations, the typical pattern of which has been night-time shooting or stabbing in or in front of a tent.

Homicides have been practiced in Iraqi and Syrian parts of the camp, Tanner says.

The targets are those who have cooperated with the Kurdish regime.

According to Tanner, it is estimated that behind the attacks are those who have infiltrated Isis camp.

- In March-April, a large security operation was carried out at the camp, during which local security forces tried to regain control of the area.

At that time, a lot of people were arrested and an attempt was made to register the gang again.

It seemed successful at first, but gradually the number of homicides has started to rise again, Tanner says.

Although the security situation inside the camps is poor, the overall situation in the area is relatively stable in the short term, Tanner says.

Control of Kurdish-led local government in its own areas is currently moderate.

Repatriation negotiations are taking place with the Kurdish regime, although it is not a state actor.

However, the political situation in the region is somewhat unstable in the longer term, as the Syrian central government would like to take back Kurdish-ruled northeastern Syria.

Thus, some degree of instability will continue until a solution is found.

Sanctions against the Syrian central government threaten to further worsen the humanitarian situation in the region, Tanner says.

The spill-over effects of the sanctions imposed in 2019 will extend to the whole of Syria, including the camps.

- Sanctionary inflation is exacerbating the economic situation and the treasury situation of local governments is worrying.

- In addition, this year has been a really bad harvest.

It is possible that at some point in time there will be widespread starvation, Tanner fears.

There is no escape from the heat in the tent villages.

The Al-Hol camp was established as early as 1991 in the aftermath of the Gulf War.

It was already time to end, but in March 2019, when U.S.-backed Kurdish forces said they had liberated Isis, the last island they held in eastern Syria, the village of Baghuz, Isis women and their children were locked up in al-Hol and other nearby refugee camps.

The men were put in jail.

The Finnish government's policy has been that Finland has an obligation to help children, but not women.

In practice, however, the repatriation of children without mothers has been impossible.

The Foreign Ministry is negotiating repatriations with the Kurdish administration, but some of the returnees have also been able to escape from the camp themselves.

The State Department has warned families in the camp of the dangers of fleeing.