It is now clear how much money the county is proposed to receive from the government to renovate the roads. But that is far too little, says Elise Ryder Wikén (M), who is chairman of the regional development committee. 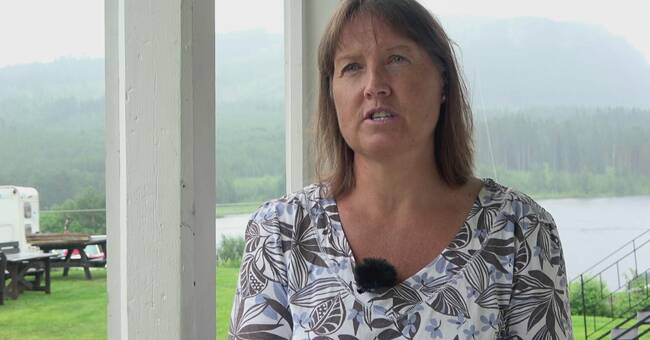 The government has now produced a proposal for county plans for regional infrastructure.

There, a preliminary distribution is reported for the regional plan for Jämtland County for the years 2022-2033.

The preliminary distribution means that Jämtland during the first four years will be allocated between SEK 10-13 million per year and that money will be used for the development of the county road network.

In terms of allocation of funds, Jämtland Härjedalen receives the second lowest budget of all counties and this is, among others, Elise Ryder Wikén (M), chair of the regional development committee, very critical of.

- Ten million a year is far too little, it is enough for about a kilometer of walking and cycling.

If I was angry before, I got really angry.

I do not think this is reasonable anywhere and we would like an explanation both from the Swedish Transport Administration and from the government on how to think.

One hundred million would be a reasonable sum for Jämtland Härjedalen if we are to be able to improve our roads, she says.

Hear Elise Ryder Wikén's criticism of the Swedish Transport Administration and the government in the clip above.