Pandemic created Dissertation: "There was a lot of time left"

When the corona restrictions put an end to the sports clubs' training opportunities, the athlete Peter Autio lost motivation. Instead, he and three friends started a band. - We have been musicians and hard rockers since ancient times, so one led to the other, he says. 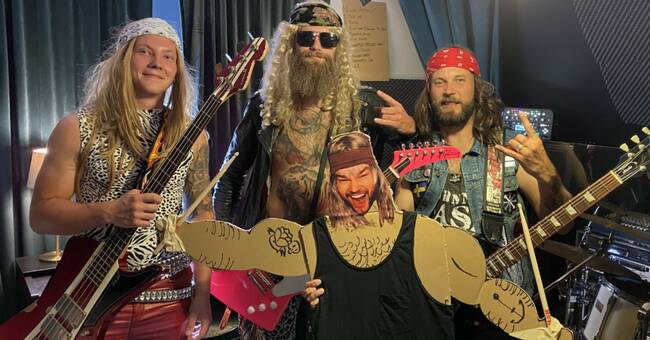 Today their debut album is released and three gigs are already booked, but the band would never have started if it were not for the pandemic.

- All of a sudden there was a lot of time left over, says singer Peter "Peter Kjell" Autio.

Ready for the audience

During the pandemic, they have written music, recorded and now released an album - and also had time to scratch so much that they now feel ready for the audience.

- Now that society is starting to open up again, we are ready, says Peter "Peter Kjell" Autio.

See more in the clip when Diztörtion scratches and tells about his future plans and whether it is real hair or wigs.