The new investigations of Estonia's wreck in the Baltic Sea begin on Friday. Three countries will jointly investigate the previously undiscovered holes in the hull. - If they have arisen on the surface, they may have contributed to the sinking process, says Jonas Bäckstrand at the Accident Investigation Board.&nbsp; 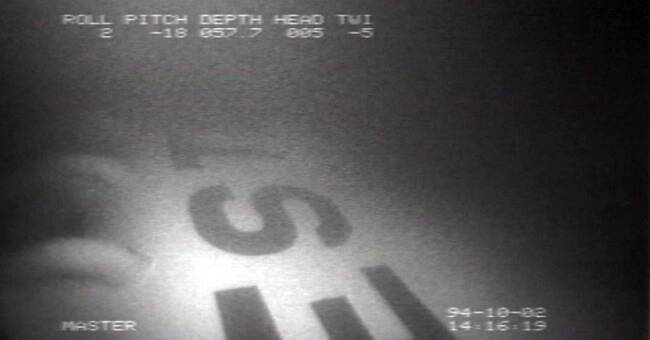 There is peace at the wreck of the passenger ferry M / S Estonia's wreck in the Baltic Sea.

But after a documentary revealed that there are previously undiscovered holes in the ship's hull, the legislation has changed.

From the first of July this year, the Accident Investigation Board may dive at the wreck to be able to investigate issues related to the sinking.

- Above all, we want to know when and how the holes arose, says Jonas Bäckstrand, who is chairman of the Swedish Accident Investigation Board.

For ten days, authorities from Sweden, Estonia and Finland will jointly map out what the bottom around the ship looks like.

- Now we will do sonar surveys.

Next spring we will also do photographic investigations.

We believe that these two parts will give us a lot of information about what both the place and the ship look like, says Bäckstrand.

Held a moment of remembrance

All documentation will eventually be published, but it will take a few months to compile all the data, the Accident Investigation Board announces.

On Friday morning, a memorial service will be held at the wreck site for the 852 people who were injured in the disaster.

501 of them were Swedish citizens.