New measuring stations in Hälsingland will provide answers about earthquakes

A seismic measuring station was built in Sjösveden outside Bollnäs on Wednesday. It is one of 13 stations built during the summer around Hälsingland. For three years, the Swedish national seimic network at Uppsala University will carry out measurements to create a better understanding of why earthquakes occur here. 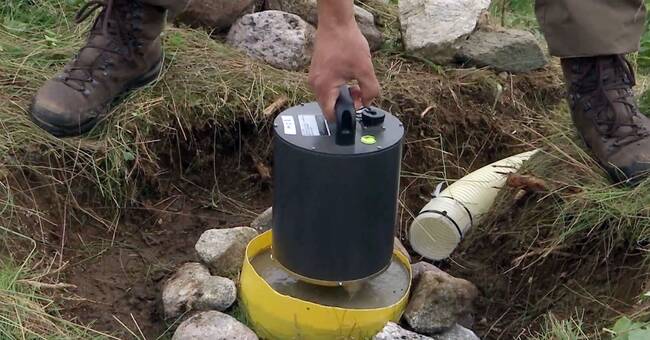 Occasional earthquakes occur here and there in Sweden, but in Hälsingland there is a specific area with earthquakes without any clear answer as to what it is due to.

That is the answer this project will try to find answers to.

- What are the structures that make us get these earthquakes, says Björn Lund, seimologist at Uppsala University and director of the Swedish National Seimic Network.

The locations of the measuring stations are determined on the basis of several criteria, including where there is rock and where there is electricity.

- We want to be as close to the epicenter as possible, says Björn Lund.

In the clip above, the seismologist shows the instrument used to measure the earthquake.