Chad and its "everyday heroes" burst into Cannes - France 24

Chad and its "everyday heroine" burst into Cannes Cannes (AFP) Largely under-represented in global film production, Africa entered competition Thursday at the Cannes Film Festival with a Chadian film on abortion and female circumcision, featuring women united to survive in an ultra-conservative society. "Lingui, les ties sacrés" by director Mahamat Saleh Haroun, who received the Jury Prize at Cannes in 2010 for "Un homme qui crie", is one of th 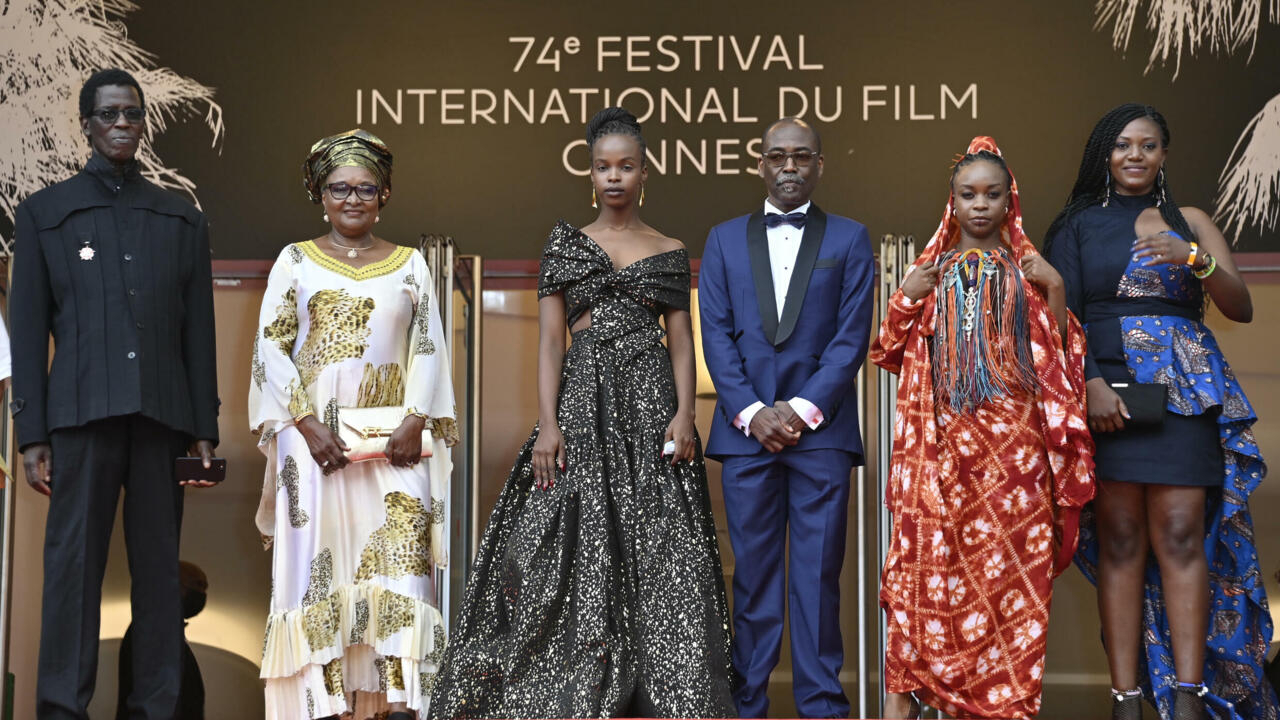 Largely under-represented in global film production, Africa entered competition Thursday at the Cannes Film Festival with a Chadian film on abortion and female circumcision, featuring women united to survive in an ultra-conservative society.

"Lingui, les ties sacrés" by director Mahamat Saleh Haroun, who received the Jury Prize at Cannes in 2010 for "Un homme qui crie", is one of the two films from the continent (out of 24 in total) in the running for the Palme d'Or, alongside "Hauts et fort" by Moroccan Nabil Ayouch.

In the history of the festival, only one director from the African continent has been awarded the supreme distinction: the Algerian Mohammed Lakhdar-Hamina in 1975 with "Chronicle of the years of embers".

Applauded for long minutes at the end of the screening, the director could not hide his emotion.

“I remember the first time I got to Cannes. I was in the last row up there and thought it would be nice if I was down anyway. And every time I find myself here, I say to myself naively, but if I like to believe in this idea, that there is a young person or a young person sitting in the last row who says to himself that one day he will come down here, and that, that, that galvanizes me ", a- he launched to the public.

Aware of being the only representative of sub-Saharan Africa, Mahamat Saleh Haroun, assumes to be one of his voices, without however wanting to be reduced to the rank of spokesperson for this region: "I am only one wind passing but for life to continue we also need other winds, gusts, "he jokes in an interview with AFP.

"We modestly try to move things forward. While filming in the Sahel, I am also aware that it is a place where I can produce positive images in a place where life is a permanent nightmare", underlines the one who was a time Minister of Culture and Tourism of his country.

Filmed in the suburbs of the Chadian capital N'Djamena, the film tells the story of Amina, a single mother, who discovers that her 15-year-old daughter, Maria, is pregnant.

A pregnancy, the result of rape, that the teenager does not want, in a country where abortion is condemned by religion, but also by law.

Alone, marginalized, watched, the film paints a strong portrait of women trying to survive in a hostile environment where patriarchy and religion poison women's lives.

The only light of hope, "le lingui", a link that they will weave between themselves in an attempt to escape.

As when Amina, chooses to support her daughter in her quest to have an abortion, going against her faith.

For its director, the film does not only deal with the issue of abortion but with the "daily life of women" in Chad.

"It's a film about the heroines of everyday life (...) It is they who carry the world which keeps them in a form of domination. Talking about women is necessarily talking about all these problems", underlines- he.

The spectator feels the benevolent gaze of the director on these characters in search of emancipation, at a time when the cinema questions the male gaze in films (male gaze).

"As a man, I am part of the patriarchy but we always manage as individuals in conscience to get rid of everything we have inherited. We must believe in this possibility that man can change" , he assures.

A stripped-down film, which succeeds in transporting the viewer to the reality of N'djamena.

"I grew up being stripped down, for me it's important to get to the point," he explains.

The other film on the competition program for this third day of the festival is the Norwegian feature film "Julie (in 12 chapters)" by Joachim Trier.

On Thursday night, American star Matt Damon was also scheduled to appear on the red carpet for Tom Mc Carthy's "Stillwater", out of competition.

While the Covid epidemic continues to rage in the country, the general delegate of the Festival Thierry Frémaux urged festival-goers to wear the mask properly during the screenings, when on the networks some Internet users were indignant at the fact that spectators did not show them. not wear during movies.