17-year-old convicted of murder after fire in Anneberg

The now 17-year-old boy who admitted that he set fire to a house in Anneberg where a woman died has now been convicted by Eksjö District Court. He is sentenced to four years in closed juvenile detention for murder and arson. 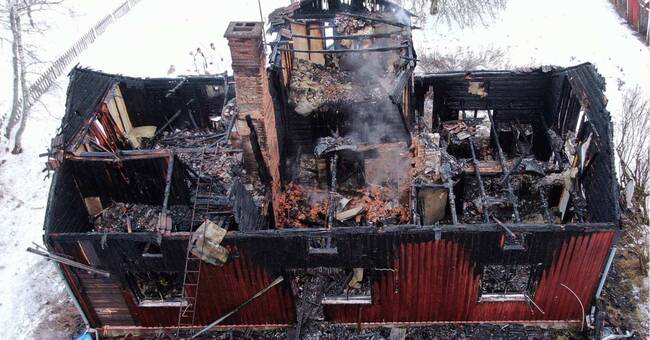 After the trial against the 17-year-old, a forensic psychiatric examination was conducted.

That investigation showed that the boy did not suffer from any mental disorder in connection with the incident that occurred on the first of February this year.

The boy has admitted that he was the one who set fire to the house, but stated in interrogation that he did not believe that the woman was left and that it was not his intention that she should die.

Eksjö District Court has now handed down its verdict and it is believed that the boy is guilty of murder and arson and sentenced him to four years of closed juvenile care.

He must also pay damages to the dead woman's relatives of a total of SEK 180,000.

His two comrades who were present at the incident are sentenced to youth care and youth service for harassment and for not sounding the alarm in connection with the fire.

According to the verdict, the three young people must have harassed the woman on a bus between Eksjö and Anneberg on the same day as the incident took place and must