Conflicts between unions, employers and also the Swedish Work Environment Authority. They saw what happened in the neighboring municipality of Söderköping when so-called health schedules were introduced in health and care. Now assistant nurses in Norrköping are annoyed that they have received similar schedules with the same problem. 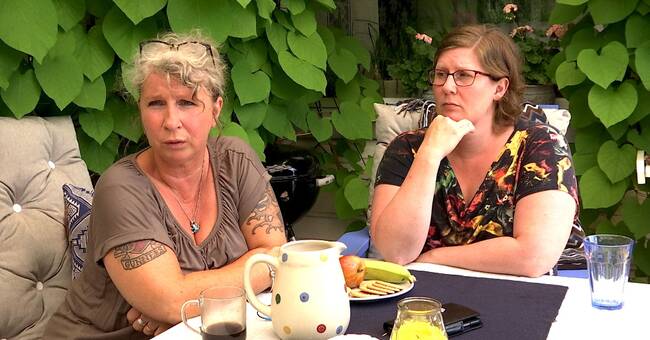 - It seems completely pointless to introduce a schedule that has not worked in other places and that reduces staff, says assistant nurse Ann Björling.

In 2019, she and Marine Brunius started "The assistant nurse uprising Norrköping" on social media and there the schedule issue has become a hot potato.

- Assistant nurses need a closed forum where they can vent their frustration, says Ann.

Hear in the clip what they think about the scheduling.

Full-time gap: 33 percentage points - among the highest in the country

Only 18 municipalities in the country have a larger gap than Norrköping.

Söderköping also has one of the larger gaps with its 31 percentage points.

This is shown by figures SVT Nyheter Öst picked up from Sweden's municipalities and regions' (SKRs) database Kolada.

- It exactly matches my picture.

The figures that are produced and inflated as very nice do not correspond to reality, says Marine Brunius.

- The vast majority I know go down in working hours to cope with the job, so I'm not a bit surprised by the numbers, Ann Björling adds.

Municipality: "We do not say health schedules"

The municipality of Norrköping does not recognize itself in the picture at all and says that it has never been called health schemes.

Here you see the care and care director's answers.