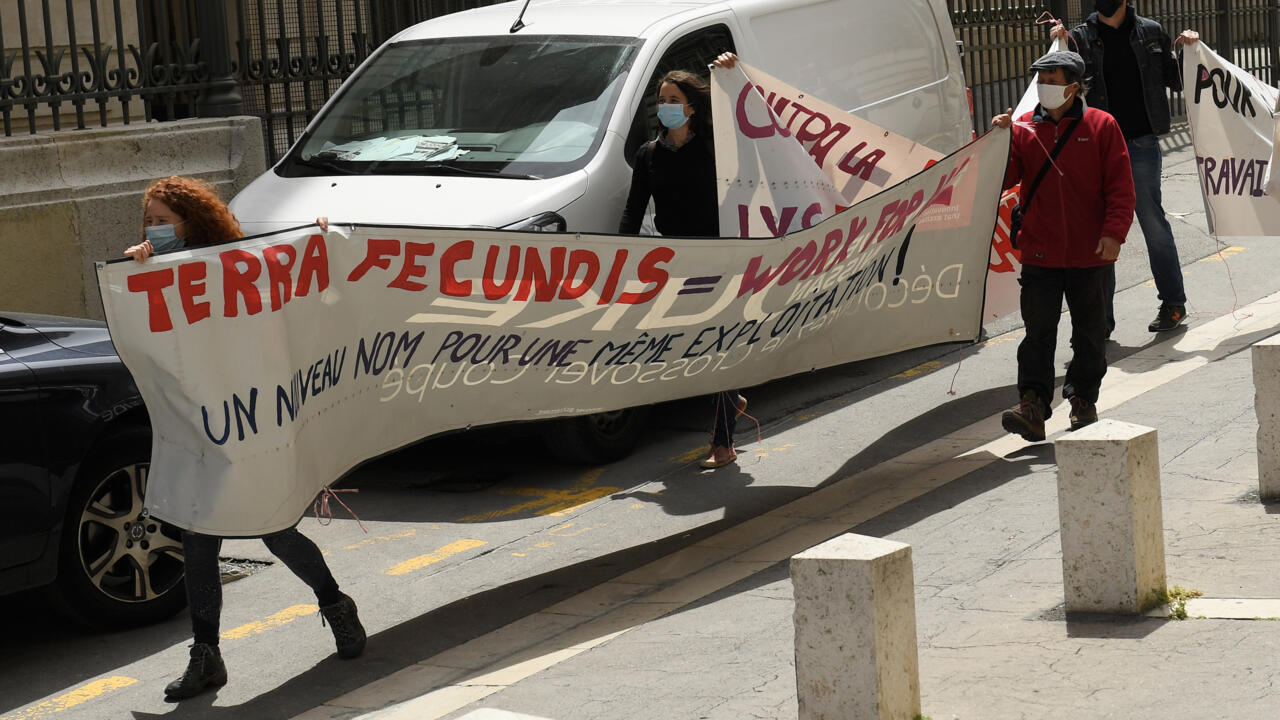 "Generalized recourse to fraud", labor exploited "shamelessly": guilty of having sent thousands of South Americans to French fields, in violation of European rules on posted work, the Spanish company Terra Fecundis and its three founders were heavily condemned Thursday in Marseille.

Five hundred thousand euros fine for the company Terra Fecundis, four years suspended prison sentence and 100,000 euros fine for its three Spanish leaders, one to two years suspended prison sentence and fines of 5,000 to 40,000 euros for their four representatives in France: the Marseille Criminal Court condemned the company and its three founders to the maximum possible fines. But it was not as far as the requisition of the prosecution in terms of imprisonment: at the hearing in May, the prosecutor Xavier Leonetti had requested five years in prison, one of which was closed for the three main defendants.

A major player in the sector in France, the temporary employment company Terra Fecundis, renamed Work for All, has also been definitively banned from exercising the temporary work activity and should now be deprived of the French market, except to see the judgment. overturned on appeal.

Almost all of them from South America, mostly Ecuador.

If the activity of Terra Fecundis in France was "permanent and devoid of foreseeable term", as estimated by the Marseille Criminal Court on Thursday, social contributions were paid in Spain, as for posted workers.

That is to say tens of millions of euros less in the coffers of Urssaf, civil party in the trial.

As for the employees, escorted on site by Terra Fecundis in its own vehicles, via a subsidiary sentenced to a fine of 200,000 euros, they were deprived of their overtime, forced to work up to 70 hours per week for some, without compensation. paid leave or medical follow-up.

For the Marseille Criminal Court, it is clear: Juan Jose Lopez Pacheco, his brother Francisco, and their partner Celedenio Perea Coll, guilty of concealed work, concealment of employees and bargaining, that is to say of lending a hand of for-profit work, all in an organized band, had "together and knowingly set up a + business plan + integrating the widespread use of fraud to ensure their profit, while resorting to a docile workforce unlikely to to claim "his rights.

And the court to stigmatize in passing these dozens or even hundreds of French agricultural companies which "were able to shamelessly benefit from the services of Terra Fecundis while letting others get their hands dirty".

The working and housing conditions were so deplorable that some operations were baptized "Guantanamo", in reference to the American detention center in Cuba, or "El Carcel" (the prison), the president of the court stressed at the hearing. .

"We could not even (there) host animals", had cracked the prosecutor Xavier Leonetti, quoting Zola: "With Terra Fecundis, it is Germinal in the farms, the human Beast has become a temporary work company".

As soon as the judgment was pronounced, Jean-Baptiste Mousset, lawyer for Celedenio Perea Coll, specified that he would "obviously" appeal, regretting a trial where "we tried to surf on the emotion".

For Me Vincent Schneegans, adviser to the Fédération générale agroalimentaire CFDT, also a civil party, there is no doubt that all the defendants will appeal: "They made it a matter of principle, from the start they placed themselves on the land of confrontation between two countries, between France and Spain, "he told AFP.

After the penal aspect, the decision on civil interests will be pronounced on November 19, still in Marseille.

But Terra Fecundis will not be done with French justice.

And this time it will be accompanied on the bench of defendants by a dozen French farms that have benefited from this hard labor.