Jean de la Fontaine, the creator of fables to instruct children who despised his 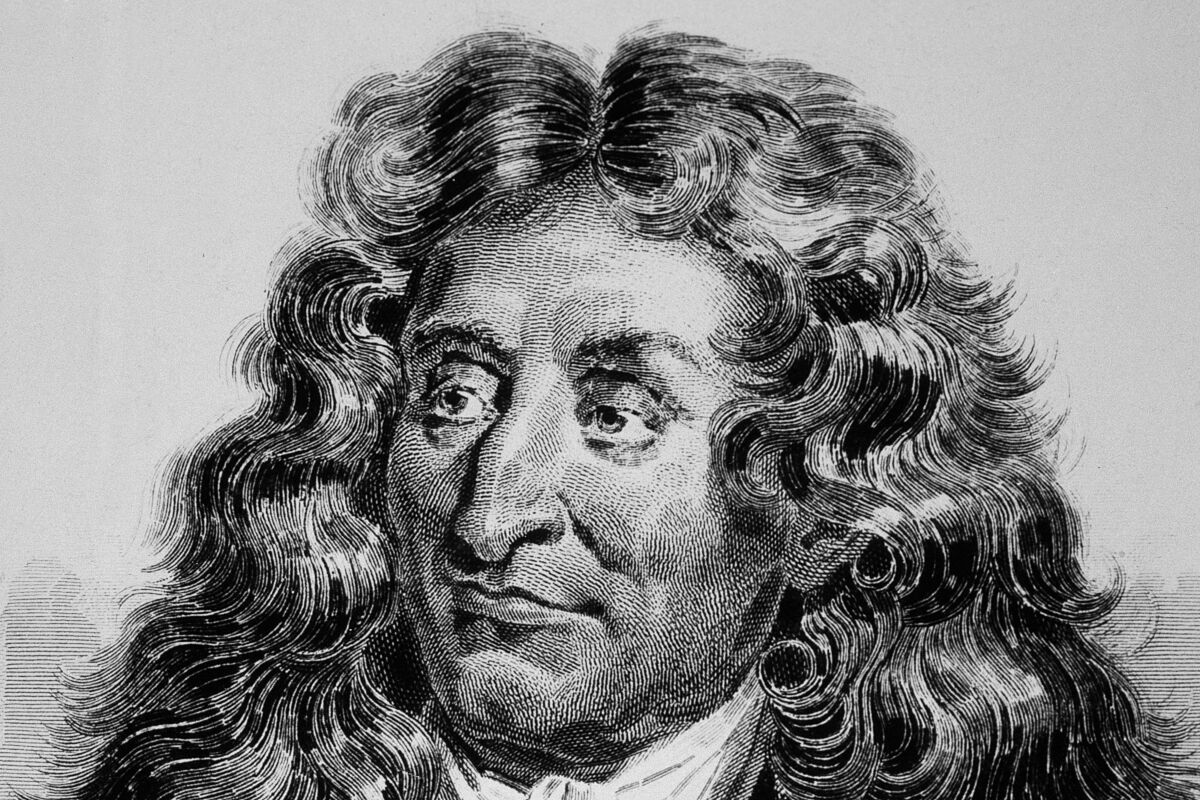 "The shame of confessing the first mistake, makes many others commit."

In the Olympus of "quotable quotes" is

(1621-1695), one of the most popular French writers thanks to his 'Fables': short stories with a moral and leading animals, as in Aesop or Samaniego.

This Thursday marks the four centuries of his birth, a source of pride for the Gauls, who have always had him among their leading writers.

Contemporary with Moliere, Racine and Boileau

, he belonged to the generation of forerunners of the Enlightenment.

De la Fontaine is best known for his

the first volume of which appeared in 1668, when the author was 47 years old.

The last one saw the light in 1694, a year before his death.

In them, De la Fontaine basically dedicated himself to adapting the stories of Aesop (such as

'The Fox and the Grapes'

) into French, but also of other literary traditions, such as Eastern and Muslim ones.

Conceived at first as stories for an adult audience, the appearance of animals and the inclusion of morals at the end of the narrations caused them to become popular among children, to the point that

parents and teachers forced them to memorize and recite them

. The editions of the 'Fables' that were published at the time were dedicated to the Dauphin of France, at that time the eldest son of Louis XIV.

This contrasts with the scant interest that De la Fontaine had in childhood, beginning with the one that was closest to him.

Married to a 14-year-old girl (12 years younger than him) through a forced marriage, he soon left the family home after a separation of assets and settled in Paris, where he maintained a busy love life.

Fruit of the marriage was an only son, who his mother raised alone, although the writer visited them frequently.

An apocryphal legend points out that, on one occasion, he was introduced to his own offspring and de la Fontaine replied: "

Ah, yes. I already said that his face was familiar to me."